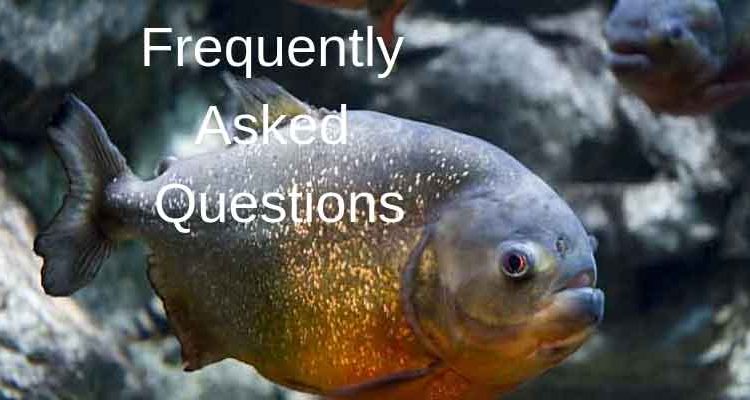 With a strange blend of Hollywood fantasy and reality keeping many myths about Piranha circulating, it’s time to set the record straight.

The Piranha has a rather aggressive and dangerous myth to it, in actual fact is is very wary of humans in the water. Nonetheless, many people have questions, and hopefully, we can set go about making sure the Piranha doesn’t get maligned.

Can a Piranha Eat a Human?

Piranhas are scavengers of the waterways who are opportunistic feeders.  They feed on dead fish, fallen fruits and other sea plants as well as insects and crustaceans. Most of the Piranha species are omnivorous, some are herbivores, there are only 4 species which are carnivorous. The Black Piranha and the famous Red-Bellied Piranha.

Hollywood has done an injustice to the Piranha, as they are often displayed in superhero movies as ferocious creatures. During dry spell when the water levels in their natural habitat are low, and there is a scarcity of food Piranhas might bite, but as far as humans are concerned, it’s normally a warning bite.

They do not attack large animals like humans as they think they are predators. However, if they sense that a person is incapacitated or dead, they can feed on them. It’s a scavenging thing not an attack.

In short then, Piranha don’t eat humans, even when sharing the same water space. They do feed on drowned humans and several cases of this have been reported. 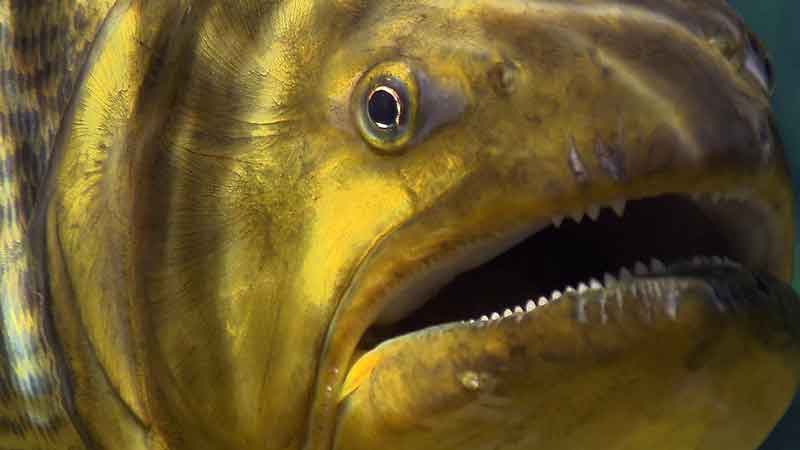 Can Piranha Live With Other Fish

It is important to note although the Piranha is an omnivorous fish, it is likely to feed on smaller fish if starved. It also depends what species and the size of the environment.

Piranha will not attack animals which are large in their natural habitat.

Normally Piranha nip the fins of other fish in their natural habitat so it’s not advised in an aquarium.

Piranhas that are well fed are not a real danger to other fish, but again it depends upon the species. The Red-Bellied Piranha is the most aggressive and a large tank is recommended.

Conclusively the answer might be ‘they can’ but it’s not advisable. All the aquariums over the planet keep the Piranha seperated for a reason.

Piranhas have such a powerful bite and have been crowned as the biting champions of the fish kingdom. The Black Piranha specifically has muscles lining the jaws which are estimated to be about two per cent of the body muscles.

Their teeth are chisel-shaped and razor sharp and thus can cut through flesh quite easily. Fish experts say that this fish can bite through the bone as evident in the case where victims attacked by the fish in Suriname lost parts of their toes to piranha bites.

The powerful bite of the Piranha fish can even cut through rods of steel, and they can damage fishing nets and bait hooks. Fortunately, this fish is a scavenger and does not attack humans. Therefore, they do not pose a danger to humans.

The carnivorous Piranha will eat fish, crustaceans, insects and worms. A shoal will take the meat off the bone of dead animals in the river.

However, they do not eat bones. The carcass will be left untouched. 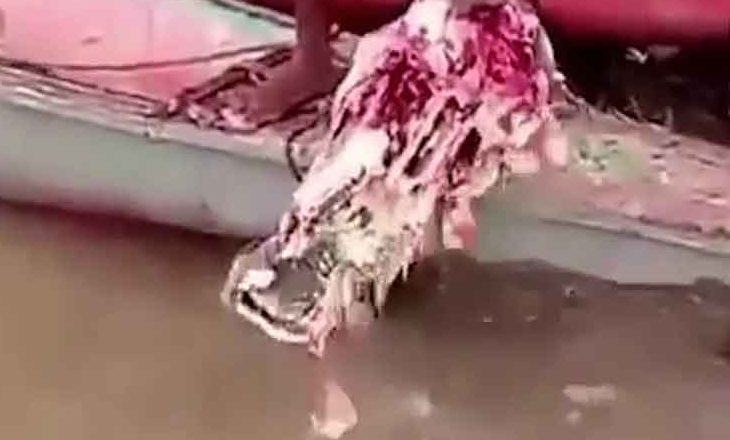 The exact number of species is still unknown but is estimated to be about 30 to 60.

New Piranha species are continually being discovered in the Amazon region, and the fish is currently not endangered as it continues to thrive and colonize the Amazon basin.

There are currently 30 to 60 species of Piranha categorized. The most famous of which is the Red-Bellied Piranha.

There are some species of Piranha fish which are extinct. These early relatives lived during the period of the dinosaurs.

A good example of an extinct Piranha species is the mega-piranha which according to fish experts was a ferocious predator and larger than the present day Piranha. More species of the fish exist currently and many more species are being discovered by scientists deep in the Amazon basin.

Hollywood has created a bad reputation for Piranha as they are shown in superhero movies as vociferously attacking meat, whether alive or dead.

The fish, however, is mostly omnivorous. They eat fallen fruits, seeds plants, insects, crustaceans, amphibians and other small fish. Their diet consists of plant parts more than meat. Some Piranha such as the Red-Bellied Piranha are aggressive and love meat while others are exclusively herbivores feeding only on plant material.

So, yes, it would be fair to say that most Piranha are omnivores, although some are exclusively herbivores.

Is it Legal to Own Piranha?

In most parts of the world, Piranha are kept as pets in aquariums due to their distinctive nature and they are beautiful and fascinating fish that attract tourists.

In some states, however, it is illegal to own Piranha in aquariums. The fish feed on other small fish and plants without discrimination if they are released to the wild.

It is natural for people to dispose of pets they do not want anymore into the wild, Piranhas would cause ecological damage by upsetting the natural ecological cycles.

You should check with your state it allows you to keep Piranha in an aquarium. Some States it is illegal, some it is legal and some require a permit. 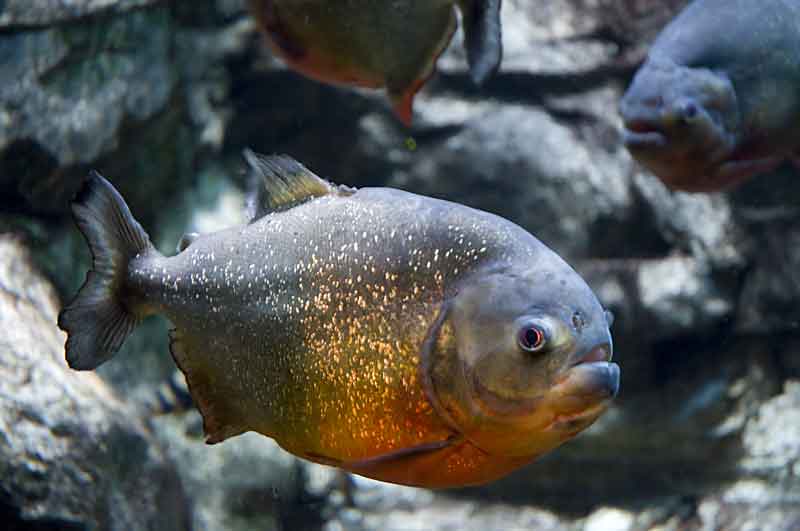 Some cultures, especially in the Amazon region, consider eating Piranha and any other predatory fish as a taboo. The grilled meat of the Piranha and Piranha soup are popular in some parts of Brazil.

Although the fish is an opportunistic predator that can even eat mammalian animals, its meat is not poisonous.

Nutritional experts say that Piranha, just like any other fish is a good source of omega 3 and six fatty acids which are essential for development in humans.

So no, the Piranha is not venomous and is safe to eat.

Do Piranhas Live in the Ocean?

Piranha live in the Amazon basin they are indigenous to this habitat, but some are found in distant places such as Bangladesh.

The Piranha does not live in the ocean as they are found in freshwater rivers and lakes only. The Piranha in the Amazon Basin are only found in the fresh waters of the river systems in South America and do not inhabit the ocean nearby.

Do Piranhas Live in Saltwater?

The Piranha is exclusively a freshwater fish mainly found in the Amazon basin in South America.

This fish can does not survive in saltwater as it will be prone to dehydration. Their body structures are built for fresh water and cannot survive in salty water. There have been no incidences of Piranha fish adapting to the ocean or salty water as they are only found in freshwater rivers and lakes.

Do Piranhas Eat Other Piranhas

Piranhas are known to nip fins and hunt other fish that pass nearby in their natural environment. During dry spells in the Amazon region, there is a scarcity of food provoking aggressive behaviour in Piranha fish, they will bite off fins of other Piranha fish and will bite off almost anything that could be a source of food including swimmers that swim near them.

If a Piranha fish dies, the rest will feed on its carcass, and during feeding frenzies the fish are likely to bite each other causing injuries to their own.

In aquariums they will nip off the fins of other fish luckily the fins can grow back and poses no danger to the fish. It is advisable to feed the Piranha more frequently to avoid issues of cannibalism in a fish pond.

So, yes, in certain circumstances, Piranha will bite at another, essentially showing cannibalistic behaviour. Anecdotally, Piranha in tanks are said to need space for this reason.

The body of the Piranha is streamlined and suited for first strike movement in the water. Their fins facilitate the fast movement.

When hungry during the dry season they will bite the feet of swimmers and move away swiftly without being caught. 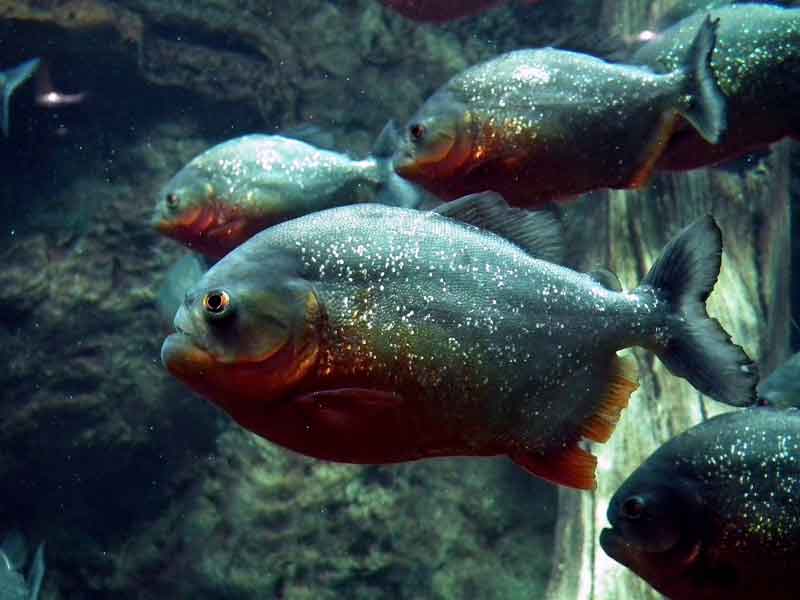 How Long Would It Take Piranha To Eat A Person

President Teddy Roosevelt on his tour in the Americas reported strange sightings of a group of Piranha fish that ate a whole cow within seconds. His narration, however, does not match the findings of fish experts.

It is speculated that the fish must have been a school consisting of over 500 fish that had gone for days without food making them starve. What Roosevelt witnessed was a feeding frenzy which normally occurs when the Piranha fish is starved as they can swim towards prey and tear their flesh within minutes.

With that as a basis it is said that it must have been a very large school of fish or a very small cow.

Bodies of victims washed ashore contain bites on small parts of the body it would take a group of Piranha a very long time to eat a person.

In theory though, Ray Owczarzak, assistant curator of fishes at the National Aquarium in Baltimore was asked this very question. He estimated that it would take a school of 300 to 500 Piranha fish, around 5 minutes to take the flesh of a 180 pound human and just leave the bones.

The Piranha is not dangerous if you are talking about serious attacks on people, as attacks are normally warning bites for threatening a nest, and bites are not fatal as portrayed by the media. They are scavengers rather than predators. Their normal food includes plants, seaweed, algae, crustaceans amphibians and fruits and occasionally, other small fish.

Piranha will only attack a person when they think they are incapacitated or dead. When you are swimming in Piranha-infested water, you should avoid making noises, splashing or getting into the water with a bleeding wound,  as this triggers the Piranha to attack as they might think that you are a potential meal.

Fishermen should be cautious when fishing as this fish can bite their hands and cause damage to the fishing nets and the hooks. Contrary to Hollywood narratives, Piranha attacks on humans are very uncountable; in fact, people eat more Piranha meat than piranha feed on people.

So despite their rather scary reputation and rows of teeth, the fact remains that humans and Piranha can exist in the same water space. Unlikely as that may seem.