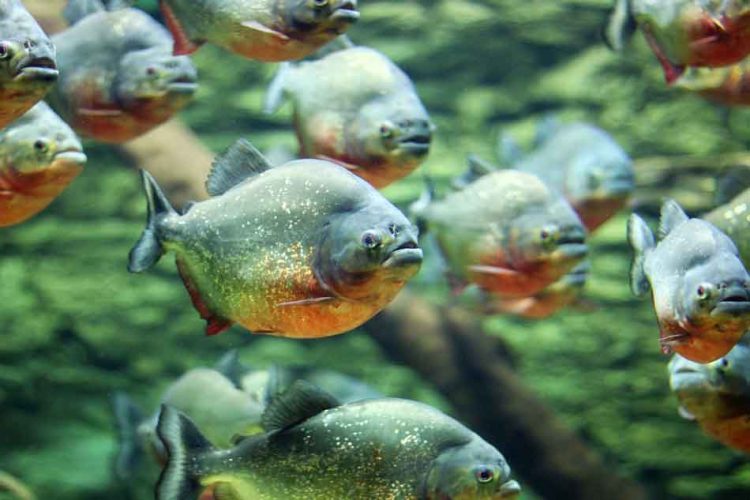 When looking through the plethora of classifications surrounding the Piranha it can all look a bit confusing.

So, how do you classify Piranha? In short, all life on earth is classified by taxonomic rank. The classifications are Kingdom, Phylum, Class, Order, Family, Genus and then Species. Each taxonomic rank asks a question with which to select that class. At the Kindom level an animal is defined as a “living organism that feeds on organic matter, typically having specialized sense organs and nervous system and able to respond rapidly to stimuli”. Piranha fall into this category and the Phylum class ask whether that animal possesses a spine. Thus a Red-Bellied piranha has the Kingdom of an animal, the phylum of Chordata (possesses spinal cord), a class of actinopterygii (bony fish) from the order of Characiformes (Ray Finned fish). The Genus of Piranha are broken down into Pristobrycon, Pygocentrus and Serrasalmus. The famous Red-Bellied piranha is Pygocentrus which means it is predatory, scavenges and will form schools of fish.

A Brief Guide To Animal Classification

In order to classify all life on earth, scientists in the profession of evolutionary biology have a guided set of classifications in order to map all living beings.

What scientists are trying to do is provide a way of understanding how all species are related, and if further species are discovered, how to classify them. Each species is characterized by a criteria that identifies them. Each classification gets more and more specific until a species can be identified.

They are essentially arranged into groups, and the more characteristics a group shares, the more specific that group will be.

Incidentally, the classifications are often in Latin for the simple reason that a Brazilian scientist doesn’t miscommunicate with an American scientist in a different language. Crucial if you are discussing Piranha.

The top classification is that of Kingdom. You’ve probably heard of the phrase ‘animal kingdom’ as a general phrase, but it actually has a specific meaning, because there are many kingdoms that life an earth can fall into. 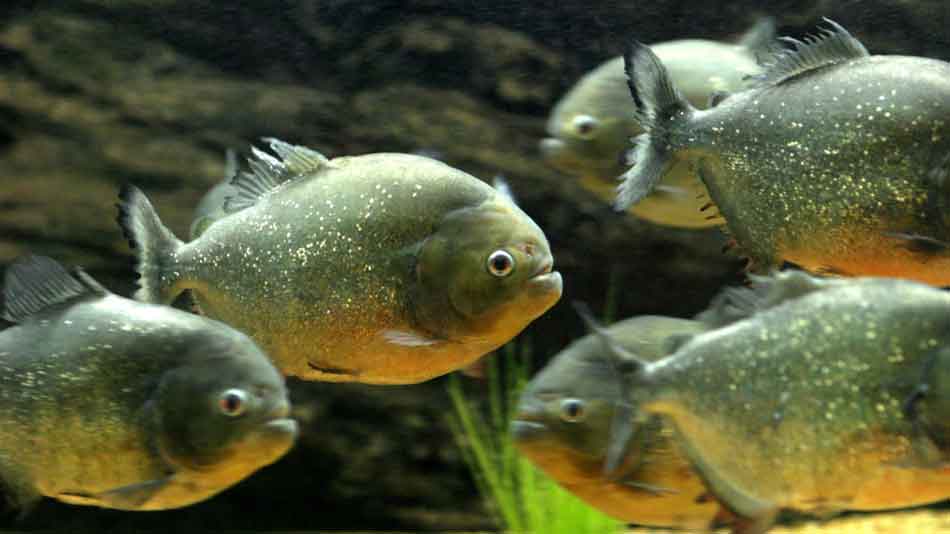 Whether you are trying to classify a fish or a bacterial cell, you first have to find what kingdom the entity belongs to.

The two most common are the animal kingdom and the plant kingdom. However, depending upon where you are in the world, there are either 5 or 6 specific kingdoms.

The US has 6 kingdoms and they are Animalia, Plantae, Fungi, Protista, Archaea/Archaebacteria, and Bacteria/Eubacteria.

Evolutionary biology was first developed in Europe, and great advancement came under the British empire. Thus the UK and it’s satellite countries, like Australia and India have 5 kingdoms. They are Animalia, Plantae, Fungi, Protista and Monera.

Again, all life on earth must fall into one of those kingdoms.

Once you have decided whether an entity is a plant, bacteria or an animal, the next subgroup is the phylum. The phylum of the animal kingdom has around 40 groups with which you have to classify. Each group is listed by its main distinguishing feature.

The most common for the animals you might recognize is Chordata (vertebrates). At this stage we are asking if the animal in question can be classified as having a spine or not.

The groupings under chordata are known as a class of animal. These classes are more recognizable to most. They are Mammalia, Actinopterygii, Chondrichthyes, Aves, Amphibia and Reptilia.

If it is an animal with a spinal cord, it must fall into one of those classes. 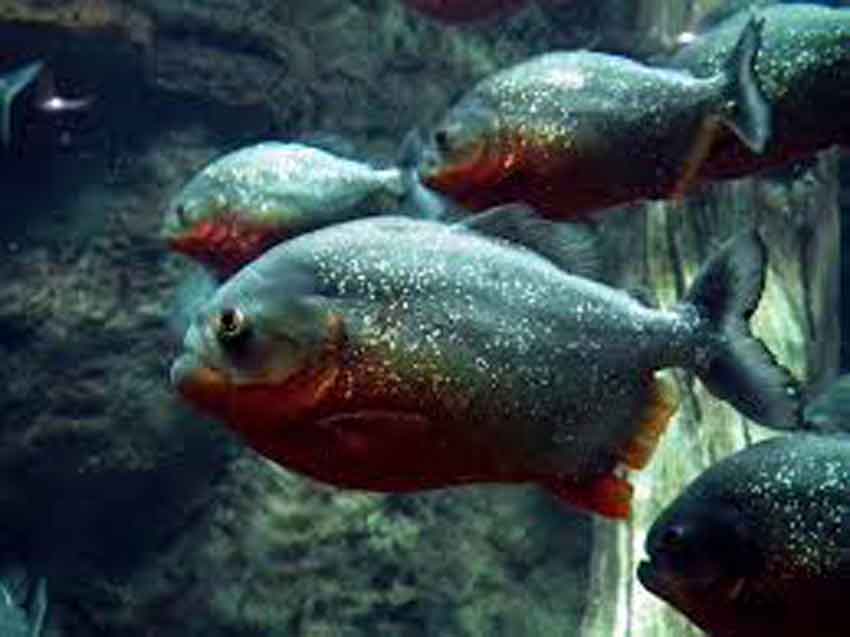 Once you have classified an animal down to the level of mammal or bony fish, you need to define its order. Each class, like mammal or bony fish will have different orders, but the mammal class further groups and divides into 19 orders. These include Carnivores, Primates (high level of intelligence), Whales/Porpoises, Rodents and Marsupials.

Under every order, is the family classification, again all of which are grouped into similar features. The primates order breaks down into families. The one you might be familiar is hominidae (walks upright), but can go onto apes and gibbons.

Going further on from the classification of the family, you can further subdivide into the genus. Each genus contains animals that have a very similar set of characteristics. Cats might be divided into domestics cats, tigers, lions, and jaguars etc.

The genus of hominidae further breaks down to genus homo, genus pan and genus gorilla. This is where humans, both modern and ancestral separate from the other apes. Even today the genus homo has not been specifically defined.

Once you have classified a genus, you now classify things relative to specific groupings. Scientifically they start to be represented in Latin and usually consist of 2 words. The genus is normally mentioned and the second identifies the species.

In this example homo erectus and homo sapiens help define modern day humans and their ancestors.

As you can see, I have essentially classified the human species. We are homo sapiens. 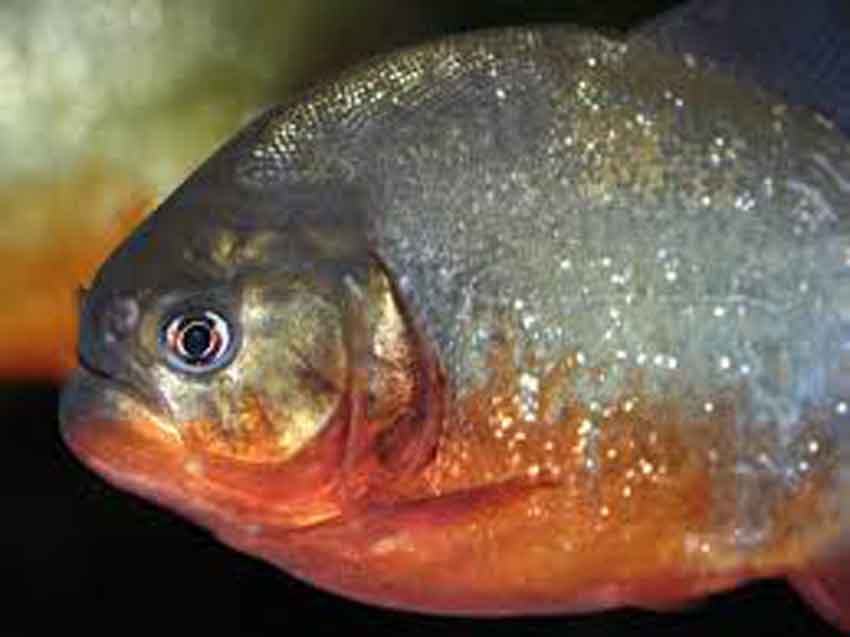 The Classification Of Piranha

As with any species, the classification of Piranha follows the same steps. It will take different groupings as you further group but the principle is the same.

The Kingdom of the Piranha

An animal is defined as;

“a living organism that feeds on organic matter, typically having specialized sense organs and nervous system and able to respond rapidly to stimuli.”

The Piranha is located in the animal kingdom.

The Phylum of the Piranha

With over 40 classifications to further subdivide the animal kingdom, the one the Piranha falls into is chordata.

Chordata is defined as;

a large phylum of animals that includes the vertebrates together with the sea squirts and lancelets. They are distinguished by the possession of a notochord at some stage during their development.

The Piranha is of the chordata phylum of the animal kingdom. 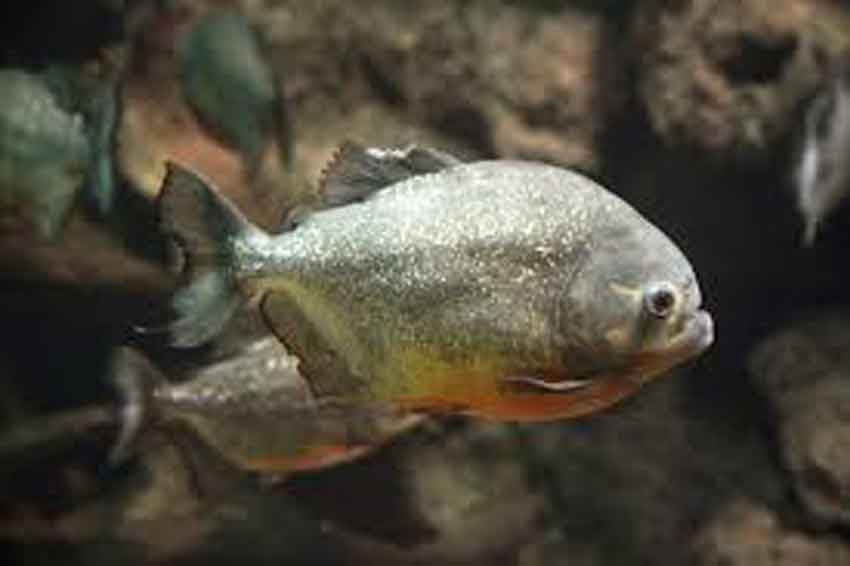 The Class of the Piranha

As discussed previously, the class of the chordata phylum is divided into mammals, bony fish (actinopterygii), cartilaginous fish, birds, amphibians and reptiles.

The definition of a bony fish is

a fish of a large class distinguished by a skeleton of bone, and comprising the majority of modern fishes.

So the Piranha is of the actinopterygii class of chordata phylum of the animal kingdom.

The Order of the Piranha

The class of actinopterygii subdivides further into many, but the one we might be interested in as the Characiformes.

Characiformes are defined as

Characiformes is an order of ray-finned fish, comprising the characins and their allies. Grouped in 18 recognized families, more than 2000 different species are described

The Piranha definitely is ray finned, so the Piranha is Characiformes order of the actinopterygii class of chordata phylum of the animal kingdom.

The Family of the Piranha

Further dividing the Characiformes, you come across the classification of Characidae.

Characidae is defined as;

Characidae, the characids or characins is a family of freshwater subtropical and tropical fish, belonging to the order Characiformes.

The Piranha then is a sub tropical freshwater fish, that are ray finned, of the actinopterygii class of chordata phylum of the animal kingdom.

Incidentally, Piranhas belong to a subfamily of Characidae called Serrasalminae. These include closely related omnivorous fish such as pacus. 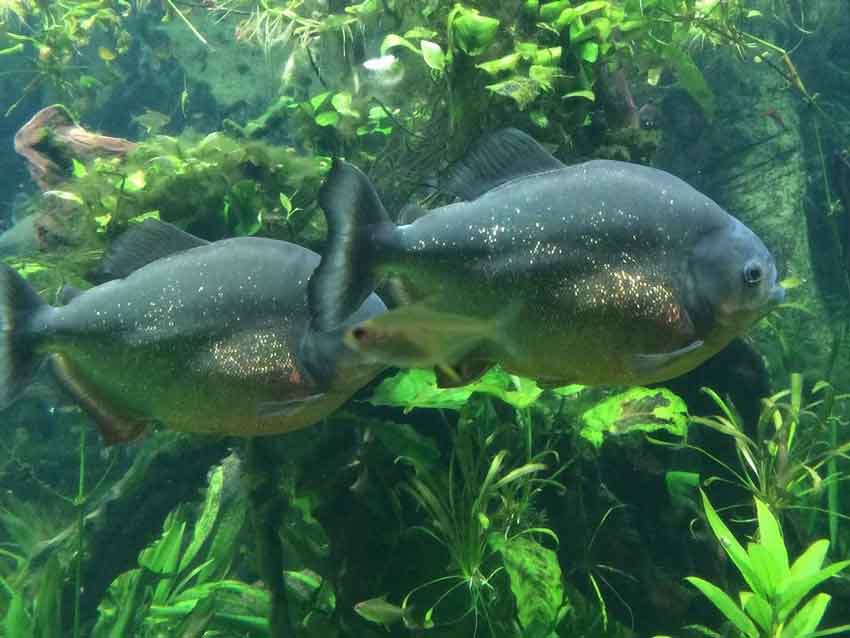 The Genus of the Piranha

In the recent past there have been four genus of Piranha. They are

However, very recently, an analysis was done on the Piranha taxonomy and a conclusion was submitted to reduce genus of Piranha to;

There are now two schools of thought. Whether to restrict Piranha to the Pristobrycon, Pygocentrus and Serrasalmus genera or to include the full list, which would look like this;

Thus it thought that there are around 30 to 60 species of Piranha, depending upon how you define the Piranha genus. 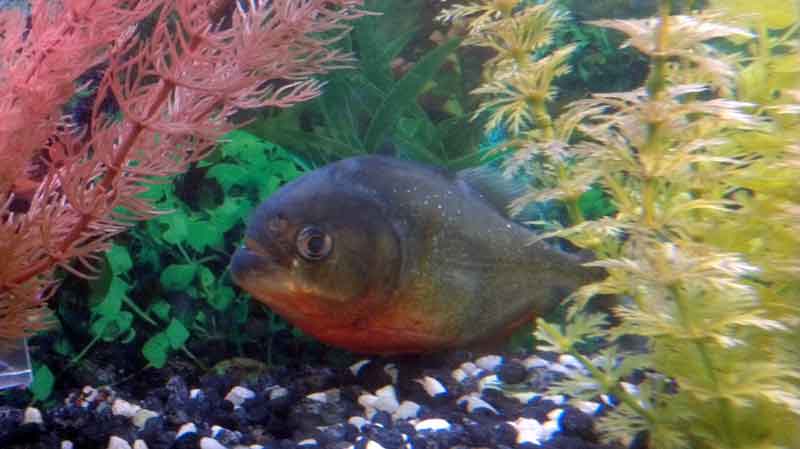 The Classification of The Piranha Species

Every Piranha species will have a Latin name and a more common name, such as the aforementioned Pygocentrus nattereri, more commonly known as the Red-Bellied Piranha, or even abbreviated to RBP.

In this genus there are four recognized species of Piranha.

This genus is categorized by the fact that they are predators (will eat meat), they scavenge and forage and the ability to form schools of fish.

This genus of Piranha are specifically from the Orinoco and Amazon basins, as well as the rivers found in the Guianas.

There has been to date no identifiable method to group into this genus.

This genus consists of;

This is currently the largest genus of Piranha.

For this genus, they must be predatory, possess sharp teeth like the Pygocentrus genus and have a rhomboid shape.

Currently, in this genus there are;

Remember, there are a few more classifications of Piranha following the reordering, such as the Wimple Piranha, which falls into the Catoprion genus. 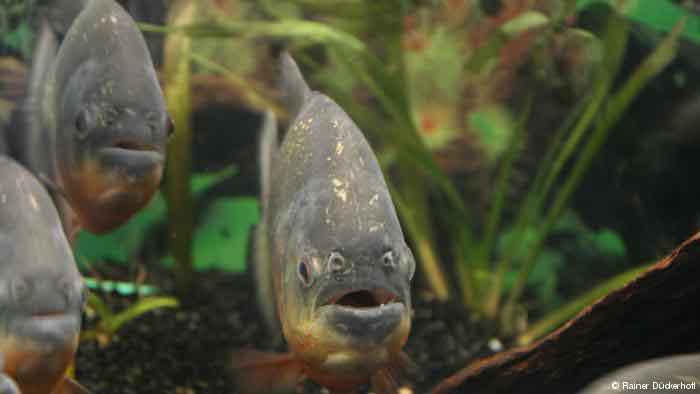 So, all life on earth is classified by placing them into groups. The groups start at the Kingdom stage where everything is classified as an animal, plant, fungi, bacteria or a single celled organism.

As you progress further down the groupings of phylum, class, order, family you will get to genus where all the life under that classification will have very similar traits.

Thus for the Red-Bellied Piranha species it becomes;

While there is a lot to take in, I hope this article has made it slightly more clear.