With much of the surface of the earth covered in water, and salts being in almost all rock formations, you could be wondering whether Piranhas live in saltwater.

In short, no, Piranhas do not live in saltwater. They live exclusively in the freshwater of the Amazon basin. The water systems of Latin America are entirely fresh water and the Piranha are indigenous here. The Piranha is classified as a freshwater fish and will perish in any saltwater, whether it’s oceans or tank conditions.

Where Are Piranha Found

The Piranha is found in South America in the Amazon basin in its rivers, tributaries, wetlands creeks, and lakes. The Amazon is one of the natural rainforests of the world, with river systems such as the Amazon river, the Orinoco, San Francisco rivers and the Paraguay river systems.

The Amazon Basin is All Freshwater

The Amazon basin contains freshwater rivers which are the longest drainage system in the world. The total length of the headwaters making it slightly shorter than the Nile river. Its length however, and the ultimate source is still subject of debate. For years it was thought to be the headwaters of the Apurímac River on Nevado Mismi, but a 2014 study places the source as the headwaters of the Mantaro River on the Cordillera Rumi Cruz in Peru.

The Amazon basin is the largest equatorial drainage sitting on the lowlands of South America on approximately 7 million square kilometers. Most of the Amazon basin is located in Brazil with significant parts in Bolivia, Colombia, Peru, and Ecuador.

It is estimated that 5% of the water that runs on the surface of the earth is contained within the Amazon basin. Most of the river tributaries originate from mount Andes on Apacheta Creek which confluence to form Ucayali River.

These tributaries then flow downwards towards the plateau forming the various Amazon river system that makes the basin.

It is all freshwater. 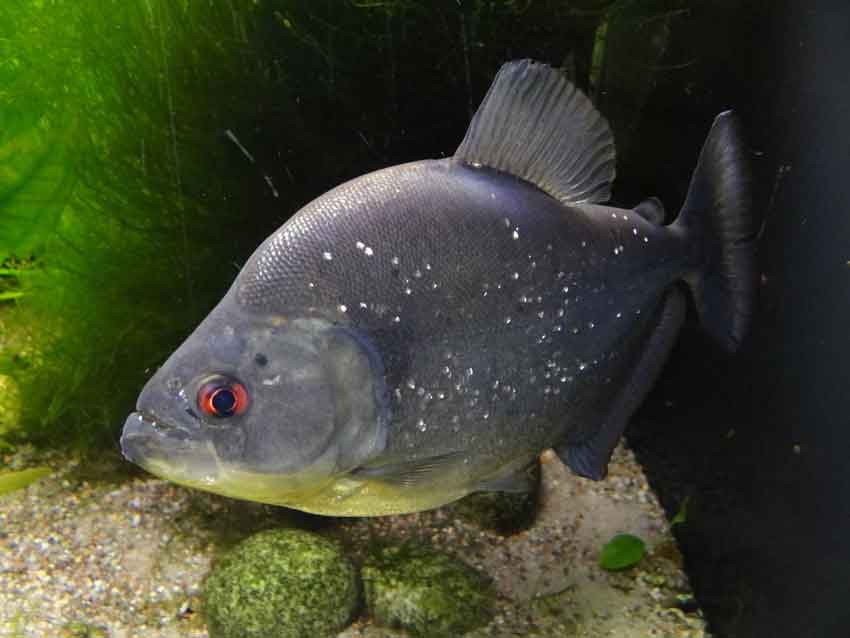 What Happens to a Freshwater Fish Placed in Saltwater

It all comes down to the body mechanism of the fish which differentiate freshwater fish from saltwater fish. Salty water fish which are mostly found in the oceans have hypotonic cells that can retain more salt within the cells than those in the ocean water.

These salty water fish are well adapted to the salty environment and will not lose their water to the surrounding environment. They can maintain osmoregulation processes that enable them to protect their cells from losing water to the outside environment.

Freshwater fish, on the other hand, are hypertonic meaning that they have little salt within their body cells than those found in salt water. The freshwater fish will, therefore, lose water to the salty water through osmosis and soon they are dehydrated and die.

The Piranha does not live in saltwater as they are not adapted to live in such conditions. They can only survive in freshwater. The Amazon Basin is mainly made up of freshwater rivers that flow to the ocean. Piranha are confined into the rivers and surrounding lakes, and do not migrate into the ocean.

Piranha have been found in other parts of the world such as the fresh water of Lake Kaptai in Bangladesh and those in aquariums only survive in freshwater. Their body cells are not suited for salty water, as they contain less salt than surrounding saltwater, thus will lose water through the process of osmosis, leading to dehydration and ultimately death.