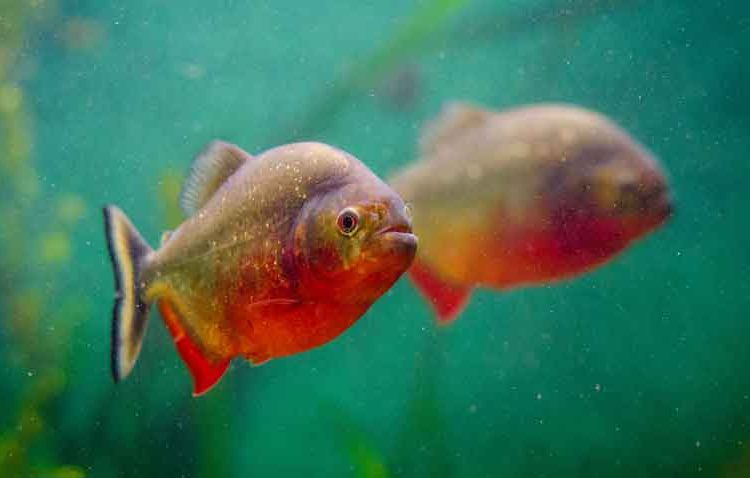 With Piranhas appearing in Hollywood and even having films devoted to them, it’s a reasonable question to ask. Are they a product of Hollywood or are they like that in real life?

So, are Piranhas real? In short, Piranhas are very real. They are native to Latin America and live in the freshwater of the Amazon Basin. Piranhas are omnivorous in nature and possess razor sharp teeth with a powerful biting force. Although thought to be aggressive towards humans they actually shy away from large animals in the water. Most attacks come from their nests being disturbed or extreme hunger during the dry season in South America.

The Piranha at a Glance

Not only are they real but there are thought to be 30 to 60 species. Only a few are carnivorous and thus dangerous to humans. The Red Bellied Piranha is the most famous Piranha. It is also the most widespread and aggressive of the Piranha species.

Most people knowledge of Piranha comes from the films. The James Bond movie, ‘You Only Live Twice’ from 1967, had one of Spectre’s henchman, Helga Brandt dropped into a Piranha pool.

The myth was further maintained by the piranha movie in 1978. The plotline did nothing to dispel the myth that Piranhas were bloodthirsty, aggressive and attacked in packs and were constantly ravenous for food.

The truth is the Piranha is a shy fish, and whilst mostly feeds on insects and worms, will occasionally attack another fish. They school in groups upwards of around 20 or so, although the Black Piranha is known to be a solitary fish.

Piranha habit the Amazon and swim around cover for protection from their natural predators. River dolphins and caimans are constantly on the lookout for a Piranha meal. This also includes humans. Around 20 million people live off the Amazon directly and catch Piranha for a meal themselves.

In the water, they will swim away from you, fearing you may be a predator.

The only times they are known to attack humans are when their breeding nests are disturbed by people wading around their eggs and in cases of extreme hunger. In virtually all known attacks, the people attacked have successfully got out of the water, with bites to only fingers and toes.

Where bodies have been attacked by Piranha, it is thought the person would have died first, typically by drowning. They are a scavenger fish.

With over 200 attacks a year being reported by Piranha, you might be forgiven for thinking it is fearsome fish. While not being a cuddly animal it is far from the aggressive and deranged fish that it is sometimes portrayed to be.

So, yes, Piranha are very real. They have lived in the Amazon for some 10 million years, and thrived well there in the warm tropical waters. There are between 30 to 60 species depending upon how you define them, but most are herbivores.

Only a few species, the Red-Bellied Piranha being the most famous that will attack another animal. But they are not bloodthirsty killers.

They are wary of humans, even if hungry. Watching this should convince you.