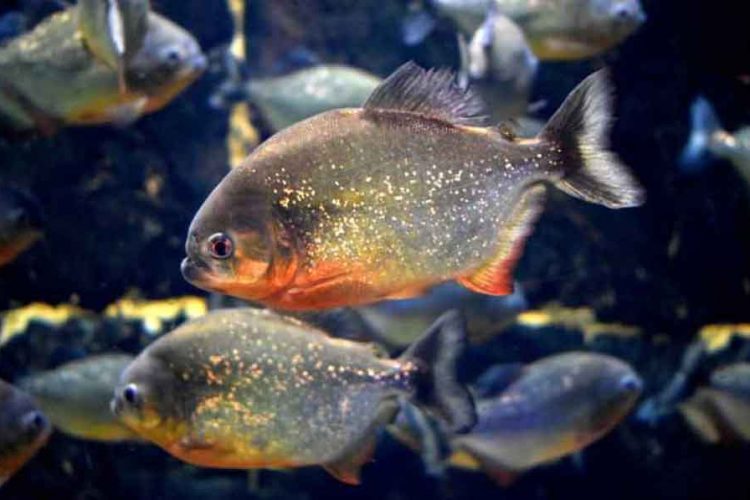 With a powerful, rhomboid looking body, and razor sharp teeth, it might be a good question to ask about the speed at which Piranha can swim.

So, how fast can Piranha Swim? The recognized speed of Piranha is between 15 to 25 mph depending upon the species. It very much depends upon size. A black Piranha can put on busts of speed up to 25 mph, but the Red-Bellied, being smaller will be slightly slower. It is fast enough to combat the average speed of the Amazon river, and in bursts, evade the more common predators. The caiman, one of the Piranhas natural predators can swim up to 30 mph though, so the Piranha have to be careful when these are about.

The Piranha Speed Compared To Other Fish

The speed of Piranha caries from 15 to 25 mph. The 25 mph speed is more of a burst speed, when sudden speed and power is required. It will vary across the 30 to 60 species.

Rainbow trout: up to 18 mph

Sacramento Pikeminnow: up to 15 mph

It’s important to remember that the top speed of Piranha is for bursts, so with a burst of speed it can evade many of its natural predators.

How Fast Does The Amazon Flow?

The Amazon, as a whole is an amazing river. With no bridges across it and an annual fluctuation of up to 15m in parts it provides an astonishing 20% of the oceans freshwater.

The dry season of the Amazon river, from June to November the flow of the Amazon is at its weakest. The width is between 3 and 9km. In the wet season however, December through to April, the rains come and the water flows more harshly. The width of the river enlarges to up to 30 miles wide in some parts. When it is flowing, the Amazon can reach an average speed of 4 mph.

With a good speed like that the Piranha needs to be able to swim against the current. This is why it needs a powerful body capable of maintaining its position in cover with a powerful river flow.

Additionally it might need to strike at prey in the current, or scavenge floating food sources before they disappear. With an ever present heron threat, they also need to keep out of the way of diving bursts.

The Piranhas ability to put on prompt bursts of speed, for attacking prey and evading predators is the reason it has been surviving in the Amazon for close to 2 million years. 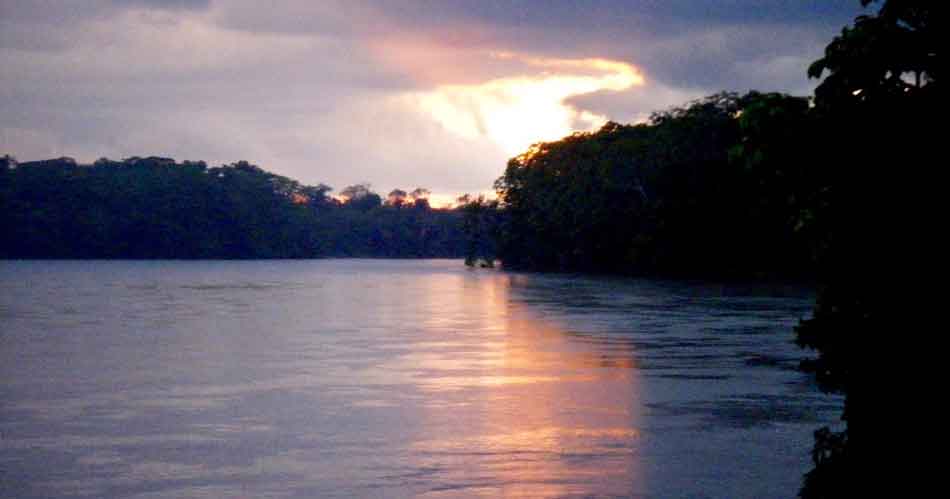 In the harsh survival environment of the Amazon river, it’s often the fastest that survives. The Piranha, for the environment is quite a fast fish. It can maintain itself against the river flow and has the speed to strike prey quickly.

As fast as the Piranha is, it is not faster than its predators. The caimans can swim at 30 mph so the Piranha needs to be maneuverable to outwit this predator.

Another predator, the pink dolphin, is remarkably slow compared to its more common counterpart. A bottlenose dolphin can reach speeds of 20mph but the pink dolphins can only seem to manage around 14mph.

In an aquarium you are unlikely to see these bursts of speed. You will see the power when they strike at a food source in the water though.