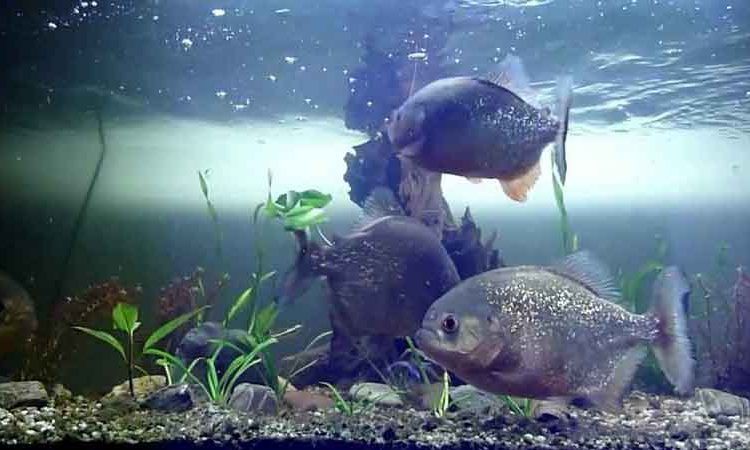 In contrast to most people’s interest in Piranha relating to the feeding frenzies, it is interesting to note how long they can go without eating. There are periods in the wild when there is food scarcity which makes this is a relevant question.

In short, anecdotal evidence suggests they can survive without food for around 2 months. Occasionally, people have reported up to 3 months but most suggest around 8 weeks. Additionally, it is surmised they get a little more aggressive with a greater propensity to attack when they are hungary.

This will vary depending upon the exact species, age and whether they are in captivity or not. 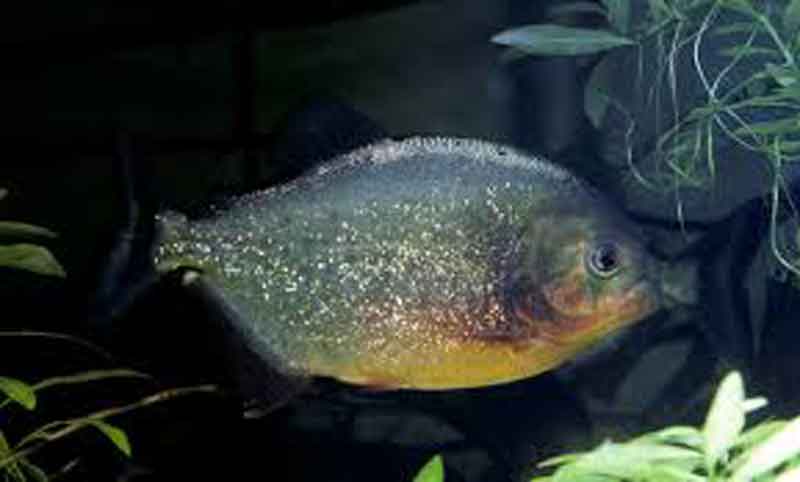 Piranha are typically thought to be ferocious predators that will feed on anything that falls into the water, whether fruit or a mammal. This is not true as Piranhas are merely scavengers rather than predators. They are known to eat seeds, plants, sea algae, fallen fruits as well as crustaceans and worms. Some Piranha species are exclusively herbivores.

Omnivores will eat more plants as well as animals. Some species, such as the Red-Bellied Piranha are known to prefer more meat in their diet than plants and fruits. They feed on small animals such as crustaceans, amphibians, and small fish as a preference.

They rarely attack large animals unless they appear weak, incapacitated or dead. They will, however, feed on carcasses of dead animals including a drowned human being.

They are often referred to as the scavengers of the Amazon basin. In the aquarium, you should strive to feed your Piranha food that is similar in nature to the foodstuff they eat in the wild.

Some common options include feeder fish and shrimps; however, you should take caution when feeding them live food as they might carry diseases.

How Often Does a Piranha Eat?

Young Piranhas, such as in the juvenile stage require frequent feeding as they are rapidly growing. Feeding for juvenile Piranha will be 2 to 4 times in a day.

Piranhas are messy feeders who will finish a meal presented to them within minutes and feeding them often leads to messing up of the water. When they are introduced into an aquarium, they might be shy to feed at first, making them look like they are starving themselves, but with time they will be comfortable to feed.

Some Piranha can go even for weeks or months without feeding when they are introduced to a new aquarium.

In its natural environment, during the dry seasons when there is little food in the waters Piranha can go for almost 2 months without food.

During this period they are aggressive and will easily attack other animals that come near them, and they show signs of cannibalism 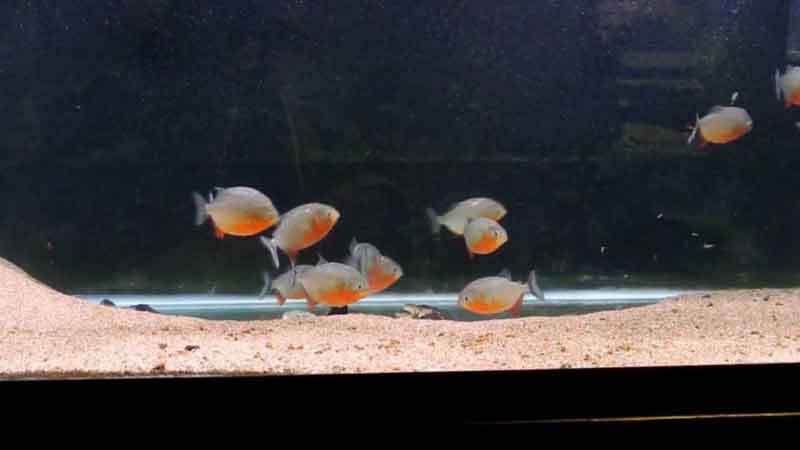 How Much Does a Piranha Eat?

Piranhas are heavy feeders who will eat almost anything in their natural environment as they are scavengers. Piranha are said to eat around 2.5 grams of food per day.

This will increase as the size of the fish increases. That’s an average daily intake,

Their typical diet consists of insects, crustaceans, carrion, and plant materials, feeding you’re a varied diet boosts their immunity and increase their lifespan.

The amount of food will vary according to the species of the Piranha fish, age and gender, but all Piranha are typically heavy feeders that will nip almost anything edible that is found in their natural habitat.

The Piranha is typically omnivorous who feed on fruits, seeds, and other plant parts and meat if available. They are scavengers who feed on dead animals that fall into the water, and eat other small animals such as the amphibians, crustaceans and small fish.

They will nip fins of other fish that swim nearby, and when they are starving, they will show signs of cannibalism. They rarely attack animals which are much larger in body size, and they view humans as predators.

In an aquarium, they might initially be shy to feed as they are not well adapted to their new pond, but it is advisable to give them food even if they refuse to take a bite. As they get used to their aquarium, they will comfortably eat and hunt worms, which could be fed as a live feed.

In the wild, they are known to be heavy feeders that will find on anything that is edible that comes their way. During the dry spell when there is a scarcity of food, Piranhas show signs of aggressiveness towards other fish and other water animals.

During this period they can go without food for almost two months.