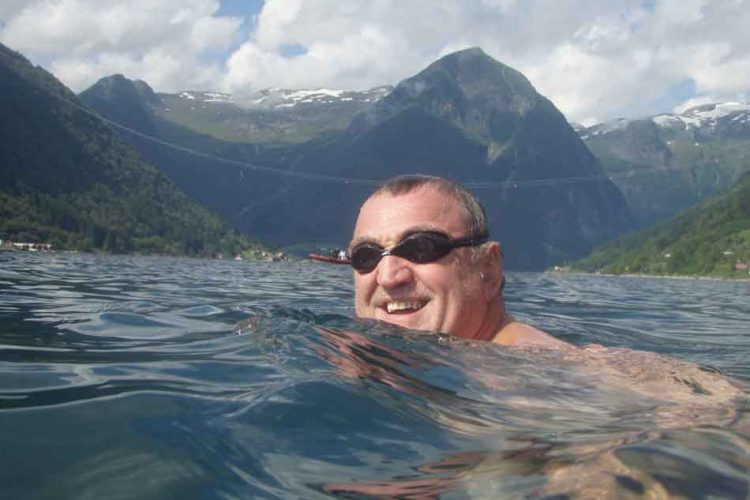 With the reputation of stripping animals to the bone in minutes via pack hunting, it might be a surprise as to why ask this question, after all, they are really dangerous aren;t they?

So, can you swim with Piranhas? In short, yes, you can swim with Piranhas. The most aggressive and the most common, the Red-Bellied Piranha, will still shy away from larger animals in the water, fearing you are a predator. You can minimize risk by not bleeding in the water, supplemented with undue splashing, things that naturally attract Piranha. The indegenous people of the Amazon basin use the river all the time without fear of attack. The only caveat is the dry season, when most Piranha are more aggressive. Several records have been set by people who swim in the Amazon river, the spiritual home of the Red-Bellied Piranha.

Piranhas, being scavengers, are like vultures of the amazon basin. Their fabled ability to strip cows to the bone within minutes is somewhat exaggerated, but a true Piranha frenzy is a site to behold.

Despite this they are actually a shy and timid fish, spending their days, surrounded by foliage for cover or swimming in schools for protection.

The so called Piranha attacks are more likely attacks on dead animals, or carrion with the animal fatally wounded or dead before the Piranha arrived.

Most attacks on humans occur in the dry season and when breeding. They are known to be more aggressive when protecting their nests or when they are hungry. The dry season takes away a lot of their diet so consumption of meat rises, ie other fish.

It has to be clarified as well, when asking whether humans can swim with Piranha, you are largely talking about the more aggressive species like the Red-Bellied Piranha and the black Piranha. No-one is really scared about swimming with the vegetarian Piranha.

When humans are in the water, Piranha will naturally shy away from you. They move away from moving large animals. From their point of view you are a huge threat. You could be a crocodile, caiman or river dolphin, all of which consider the Piranha a meal.

The Amazon river supports a great deal of life, with humans having used the river for centuries. Fisherman awde out into the river all the time to place nets and many people kayak and explore its entire length.

It’s even been said that South American Olympic swimmers use the Amazon river to train. 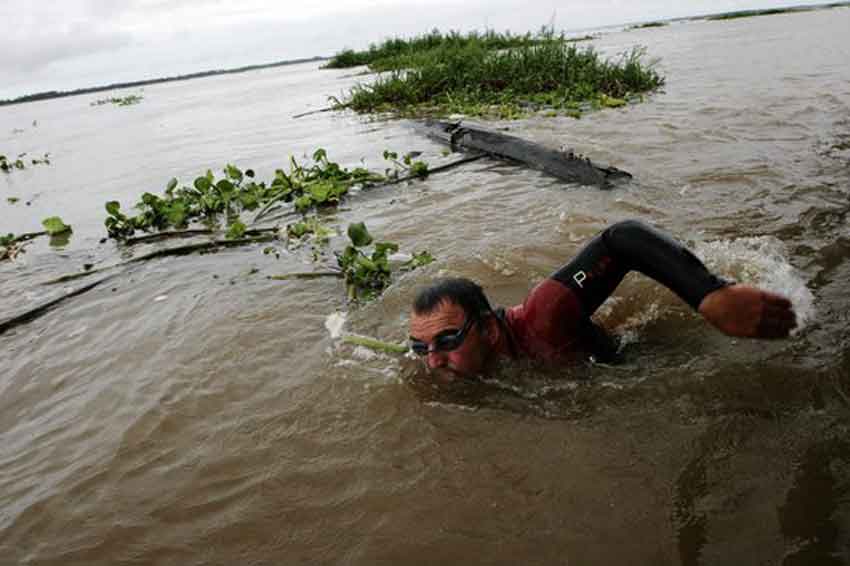 As the Amazon is a way of life for the indegenous people there people swim in Piranha infested waters all the time. During the wet season when food is plentiful and the waters wide and lush, noone has any fears about swimming with Piranhas.

In the dry season though, when the rainfall slows and the rivers subside, this can have a different effect. Firstly, the rivers move away from fruits trees and insects. Secondly, Piranha may get trapped in the wetlands, as small pools are left, and thirdly, the Piranha has a greater tendency to breed.

While movies and exaggerated media reports have done a great deal of damage to this fishes reputation, it’s only really during the dry season that people fear being bitten by the Piranha. 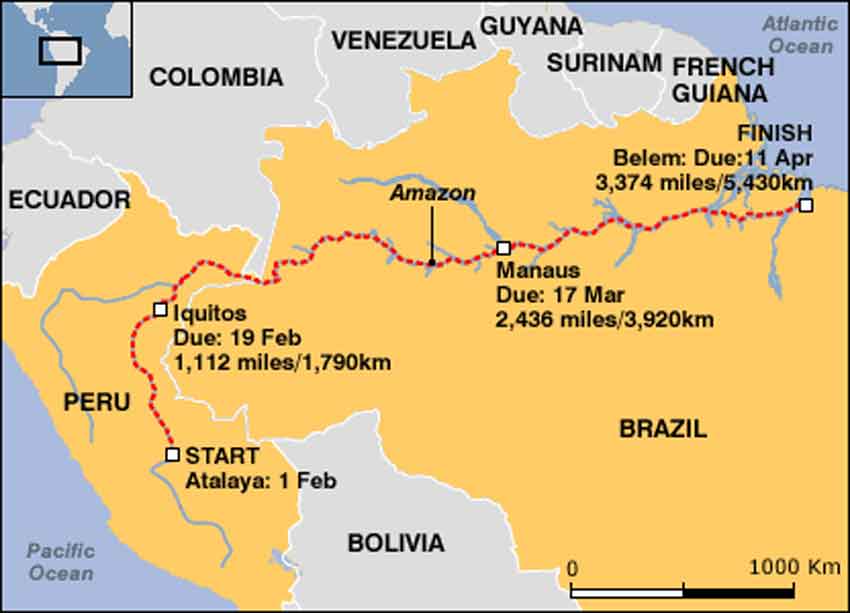 To prove the point, I’d like to remind you that the Amazon river is a known hotspot the Red-Bellied Piranha, which us universally known as the most aggressive and the most dangerous to humans.

On the 8th April 2008, ultra marathon swimmer Martin Strel finished a 3274 mile swim of the Amazon river. It took him 66 days with a support crew but he swan from Peru to the Brazilian port city of Belem.

An astonishing feat indeed… but through Piranha infested waters.

So, yes you can swim with Piranhas, even the most aggressive of them. While it might feel unnatural, the truth is a Piranha is more scared of you than you might think. It sees you as the predator, and as we catch and eat so many of them, there may be some truth to this.

The Piranha do not attack live large animals in the water. The look for insects, worms, crustaceans and other fish. The large dead pieces of floating carrion are usually attacked because they are already dead when the Piranha arrive.

Piranha are more prone to attack if the prey is bleeding and splashing while making vibrational noise. These are nature’s signs for injury and distress. Predators look for them in order to minimise injury to themselves.

The only caveat would be the dry season when, primarily due to food scarcity they are more likely to take risks and attack. That, and you have a greater chance of standing on a breeding nest.

So with careful planning, yes, you too can swim with Piranha.

There are some interesting tales, here, here and here, if you want to read about people who have done it.

Still not convinced, take a look at this?’