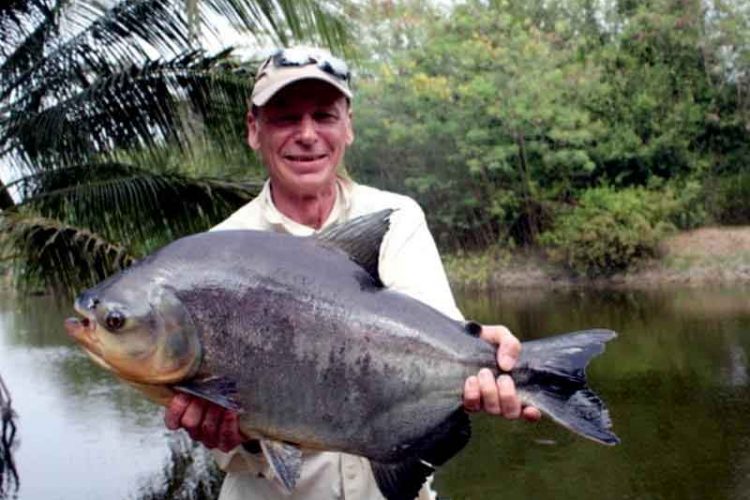 With somewhere around 30 to 60 species reckoned to fit under the name ‘Piranha’ it’s fair to conclude their might be some variability in size. Whether in captivity or swimming in the Amazon also makes a difference, but what sizes do Piranha range from?

In short, despite the fact that there are some small species around 6 inches, as an average for adult Piranha the range would be from 12 cm to 35 cm. There are some known large species, like the Black Piranha that grow towards the upper end of that scale. The most commonly known Red-Bellied Piranha grows to 30 cm in the wild and is considerably smaller in a home aquarium.

The size of the Piranha varies according to the species, with most of them growing to about 12 to 35 cm (5-14 inches). Most species can grow large, and the most well known Piranha, the Red Bellied, can grow to 50cm.

The Sao Francisco Piranha is said to to grow larger than 60 cm but confirmed specimens of this species are considerably smaller. The standard length of most Piranha species in the wild, however, is 28 cm and most can grow to 3.9kg.

When talking about adult fish, there however smaller species that are less than one foot and weigh a few kilograms while others are over 40 cm and weigh about 8 kg. 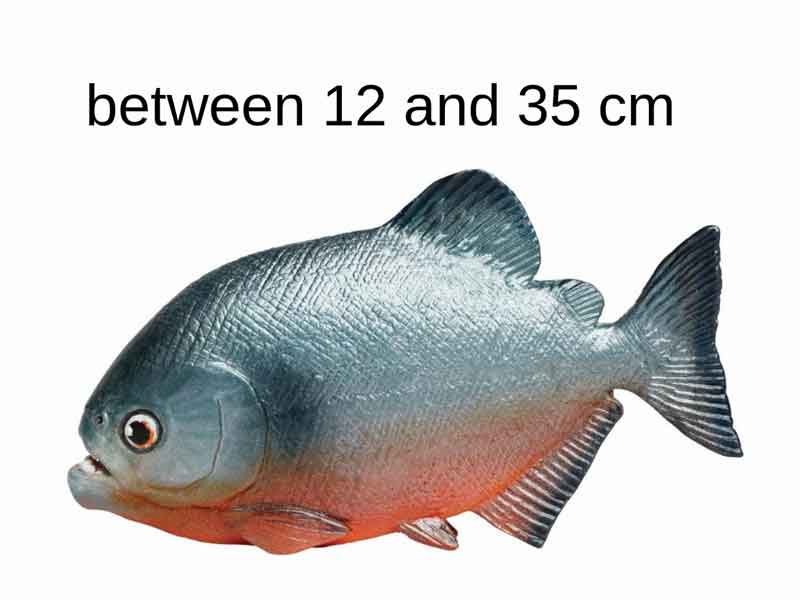 Piranha are known to be indigenous to the waters of South America they are known to be small ferocious fish that fall prey to large predators. There are however larger Piranha species that are thought to be about 3 feet long from history.

The ancient megapiranha is estimated to have been over 3 feet long and inhabited the waters of the Paraná River system over 8 million years ago.

In the present day, the largest true Piranha is the San Francisco Piranha (Black Piranha). This fish is native to the Sao Francisco River basin in Brazil. The fish can grow to 16 inches and weigh about 7 pounds and has a similar aggressiveness to the Red-Bellied Piranha.

The Piranha here are thought to be larger, as the water is warmer. The average of the Silver Piranha here is almost 8 pounds, and fish expert Bill took a discovery tour in the Amazon basin. Within a short time he caught almost seven Piranhas weighing over 8 pounds.

The body is shiny silver grey with rings of red on the head, and in the belly, although rarely caught by fisherman this is one of the largest Piranha fish ever caught and recorded.

The analysis of the skeletal jaw had the double row teeth seen in the pacu, the close relatives of the Piranha. The teeth in the jaw were arranged in a zigzag manner, and they were sharp for an effective bite.

The megapiranha is thought to have had one of the most powerful bites in history, comparatively speaking, due to the muscular jaws and could crush through the bones of the turtles and other land and sea animals.

Piranha anatomy is similar to that of most fish. 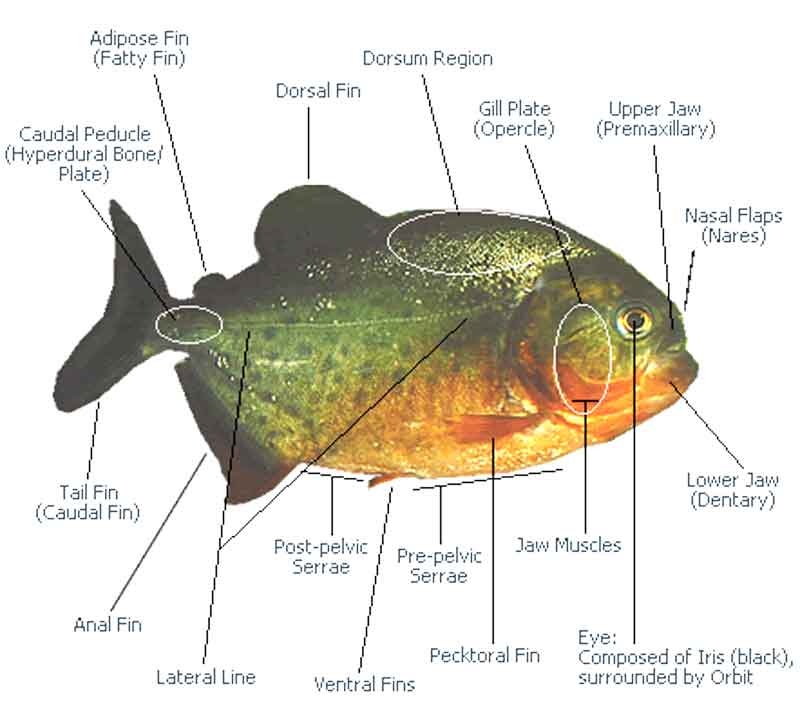 Are they Smaller in Captivity?

Piranha in captivity tend to be smaller than those found in the wild. Fish experts say that they are likely to be under more stress when bred in a tank. For optimum growth, one should provide enough space with water plants and dim lights.

A 50-gallon tank should host one Piranha with temperatures of 78-82 degrees. In captivity Piranha will live for about 10 to 15 years. In a tank, Piranha will measure at least 2 to 3 inches less than the same breed in the wild.

Even though it has a ferocious nature, the Piranha is one of the smallest fish inhabiting the Amazon region, the average fish only measures 28 cm and about 3kg; It should be noted however that some smaller species weigh a few ounces and measuring about 7cm.

The megapiranha is an extinct member of the species that is estimated to have weighed over 15 kg and measures about 70cm. Living species such as the Black Piranha and the Silver Piranha are among the largest members of the Piranha fish.

In a tank, the Piranha fish tend to be smaller than similar species found in the wild since in their natural environment they are well adapted, and are under less stress.

One of the largest caught Piranha fish belongs to the Silver Piranha species and weighs 8 pounds, making it among the largest Piranha ever caught.