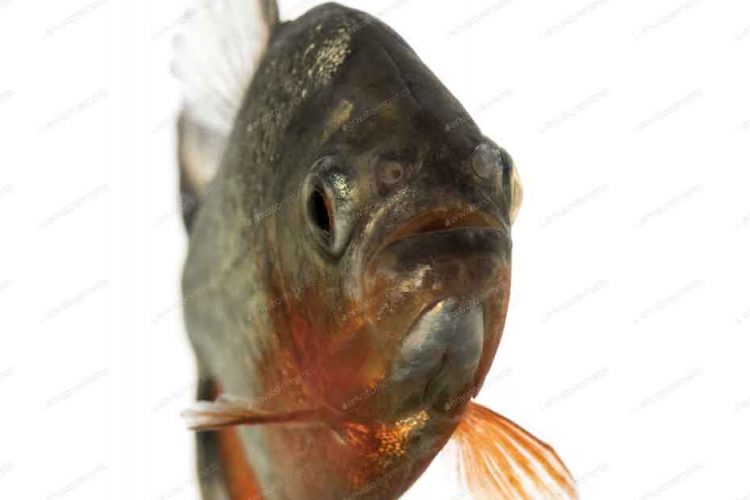 Piranhas come across a great deal of food as they scavenge and forage, as well as being alert to both predators and prey. They are timid fish that rely on their senses to keep them alive.

So, how do Piranhas sense their prey? In short, Piranhas use many of the same senses most animals do. Piranha have a very acute sense of smell, being able to detect a drop of blood in 200 liters of water. They can use hearing, smell, and vision to detect prey, but they have a primary motion detector called the lateral line. This line runs from the head to the tail under the scales of the Piranha, and has receptor sensors that can detect changes in water pressure, currents, but primarily gets used for detecting motions in the water, from predators to prey. 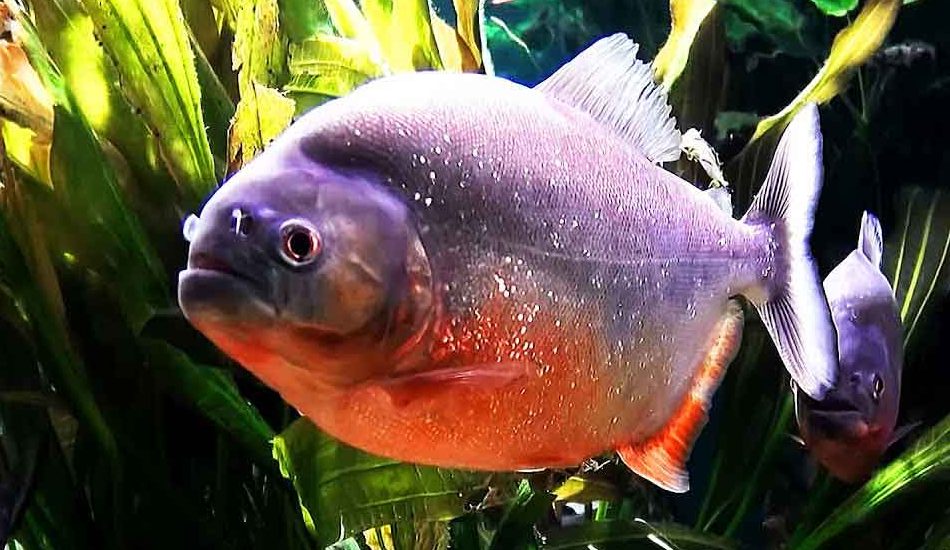 The quality of water around the Amazon basin can vary considerably. There’s the clear fresh clean water of the upper Amazon, but there is also the murky backwaters of the floodplains or flooded forests.

The Piranha that prey on other animals, typically have quite large eyes compared to their body to compensate, and make their vision more efficient. This is why in an aquarium the light level should be kept low with plenty of dark cover, so there’s an area to retreat to get out of the bright light. Piranha have no eyelids, so can only lower light levels by changing their environment.

Some Piranha can be skittish in bright and clear water, as from their point of view, predators can see them easily. Another reason to try and replicate their natural habitat.

Piranha will scavenge primarily at dawn or dusk and can come across many types of food, from fruits and plant matter, to live animals. They might hunt out insects, worms, birds, small mammals, and other fish.

Piranha, like all animals constantly have to be aware of their surroundings at all times. Not only do they use them to locate food, but also to evade predators. Experiments conducted on Piranha have indicated that they have an amazing sense of smell, which through the murky water, helps them scavenge and forage for food.

They even have taste buds, but here’s a list of the Piranha senses:

Hearing: Studies on the sense of hearing of Piranha have concluded that they have quite an acute sense audibly of locating things in the water around them. They concluded that the inner ear is highly developed and could well be used for predator avoidance.

They have an inner ear that helps control balance. The swim bladder of the Piranha acts like a resonance chamber and amplifies the sound of the acoustic waves that travel through the water.

This allows scout Piranha to make sounds that alert the whole school. Whether they find a large prey, like a snake or injured animal, they can make sounds that are picked up by other Piranha. The school can then home in on the acoustic sounds. They may well use this sense to alert the school to predators as well.

Vision: Being diurnal in nature, the eyes of Piranha are primarily adapting for daylight, but for work in low light levels. They are very large relative to the body compared to most fish, coming with a flat cornea and rigid lens.

The retina has a reflective layer that aids their vision in the murky water. The eyes contain cones, so the Piranha has color vision. Despite having the eyes on the side of the head, the lens swivels to allow for forward vision. Piranha, like all fish contain monocular eyes, which means they are nearsighted, but allows them to judge distances quite well, like when taking a bite for example. 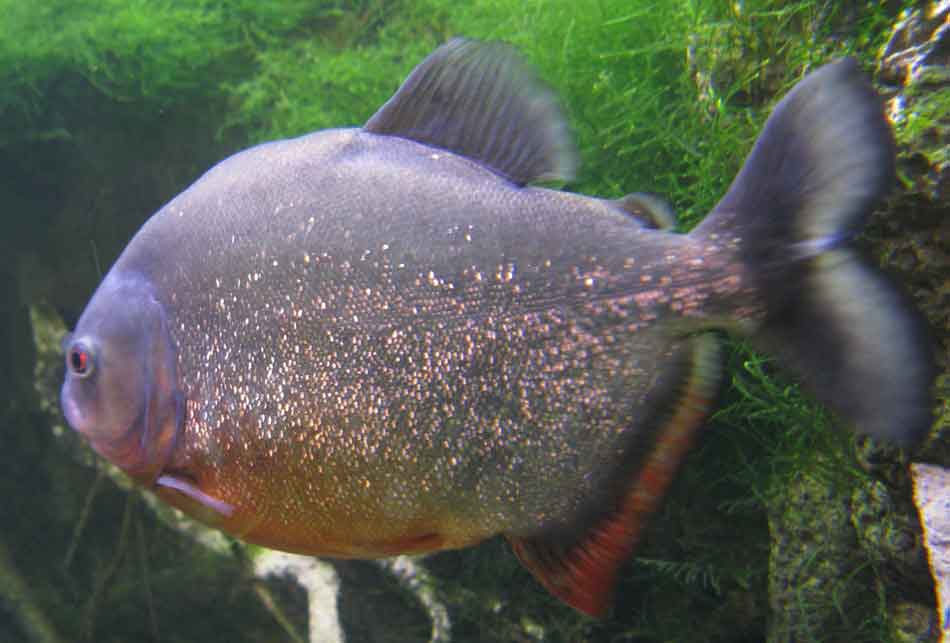 Smell: If you look closely at the front of a Piranha, you will see a pair of nostrils. Water enters these nostrils and flows over a very sensitive olfactory system designed so the Piranha can scavenge effectively. This system is so acute that Piranhas can detect a drop of blood in 200 litres of water.

This sense is obviously critical in uncovering food hidden amongst the vegetation of a floodplain, and particularly useful in detecting wounded and bleeding prey nearby.

Taste: Taste is not a very strong sense in fish, nevertheless Piranha will quickly spit out food that they do not like. Taste buds are mainly concentrated within the mouth, with a lesser number on the lips. Taste will a preferential sense, not a locating sense used by the Piranha.

A combination of any of the above senses makes the Piranha quite a formidable fish, however, like a lot of predatory fish, it actually has another ace up its sleeve. 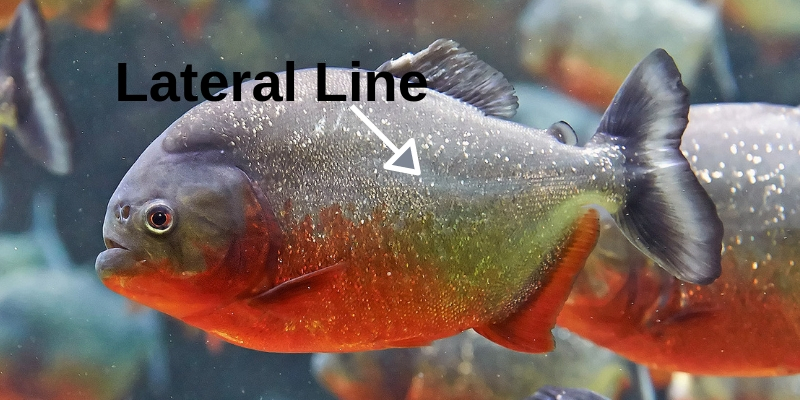 Sometimes invisible, but definitely running along the flank of all Piranhas is their lateral line. Although it is covered in scales, it runs the entire length of the fish, from the tail to the head. It is a grooved canal system used to detect vibrations in the water.

If you have ever noticed a Piranha, quickly move with a footfall or a door slam, then the lateral line is what detects this movement. It is extremely sensitive and is used by Piranha to make them aware of their surroundings. It silently gives the Piranha information on surrounding fish presence and simultaneously alerts them to large objects in the water.

In every respect, this is a very acute motion detector for things around the Piranha in the water. It is ever watchful, and while resting, stay alert to their surroundings, stops them bumping into foliage and keeps them ever aware of predators such as river dolphins and caimans.

It can detect water movement, like the direction of currents yet can detects the characteristic signatures of struggling and injured fish. Thrashing, and splashing in the water from a distance away can be picked up by the Piranha.

Not only is it a primary sense when locating prey, it is instrumental in navigation through murky waters. 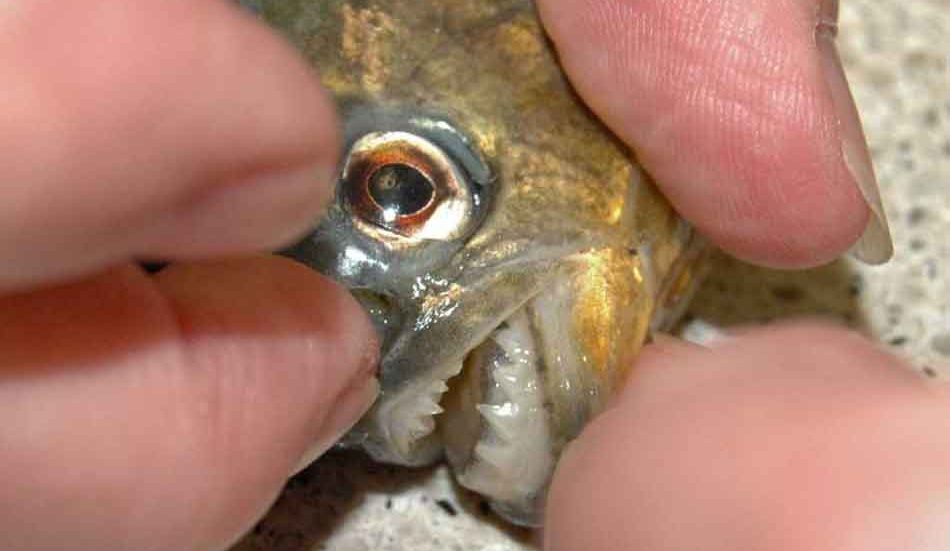 For any animal to be an efficient predator they not only have to have acute senses to find prey, but an efficient system to alert them to danger. Piranhas even though they have a sense of taste will mainly use smell, hearing, vision and their lateral line to understand the world around them.

Being a scavenger and foraging amongst the vegetation and plant matter of the Amazon basin, they must have an acute sense of smell in order to locate food quicker, and good vision to decide to take it.

A good sense of hearing and a lateral line allow then to pay attention to their surroundings, from listening to other Piranha or being aware of motion further away, like a swimming caiman. These two senses keep a Piranha alert and safe. 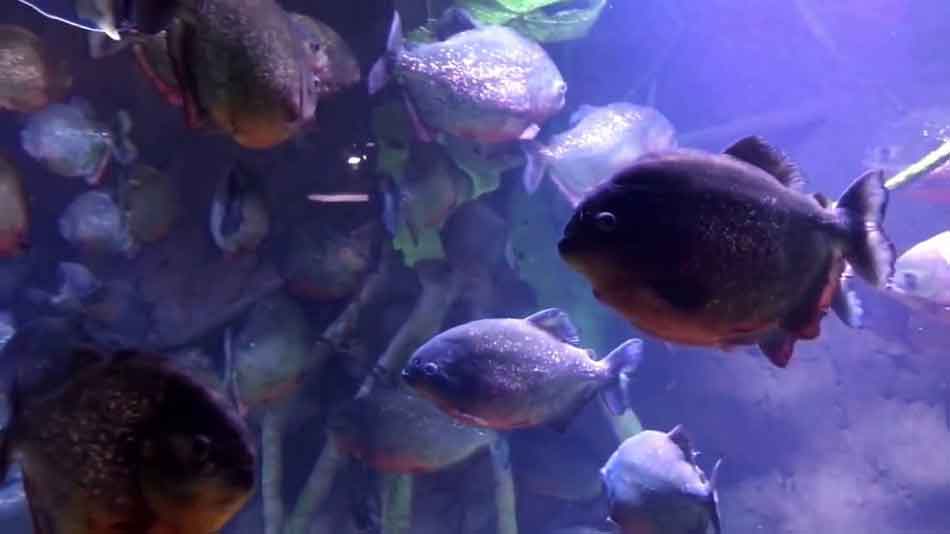 Although taste isn’t a great sense for Piranha they do possess something called a buccal valve in their mouth. When their mouths are open they can still get oxygenated water to pass over their gills. It also allows them to breath while tasting food.

In all senses the Piranha is an amazing fish, both in the wild and patrolling your aquarium. There are millions of years of evolutionary history that go into these senses, and they are very efficient at keeping the piranha alive.