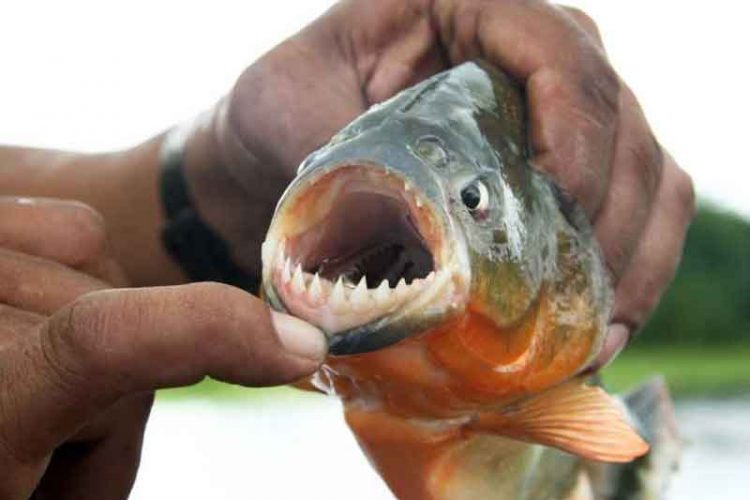 Ask most people to describe a Piranha and almost without exception you hear the words ‘ferocious’, ‘bloodthirsty; and ‘teeth’. Almost everyone seems to know that the Piranha possess a set of very sharp teeth, the images of which no doubt help with their reputation. The truth is a little more interesting.

In short, the teeth are razor sharp and around 4mm in an adult Piranha. They have around 20 or so teeth throughout their mouth and the teeth are tricuspid, arranged in a singular row. They interlock and coupled with an extremely powerful bite produce a ‘scalpel like’ bite, which often goes unnoticed by humans who are bitten.

The Name Piranha Derives from the Brazilian Language

The very name ‘Piranha’ originates from the indigenous Brazilian Tupi language, and it means ‘toothfish’. As I am sure you will agree, this is quite an apt name for the Piranha.

Tupi is now an extinct language in the Brazilian region of the Amazon basin, but was predominant through the 16th to 18th centuries.

Their teeth have enamel compared to that of the shark, and they are very sharp, creating a fearsome reputation. This was further fuelled by President Roosevelt with his articulation of his journey in the wilderness of South America.

Hollywood has elevated the narrative by building a reputation for these powerful flesh-eating monsters through many super villain stories. James Bond movies used Piranha, as a gruesome end to henchmen and additional characters. They were seen as a weapon that would slay anybody in an attacking frenzy. 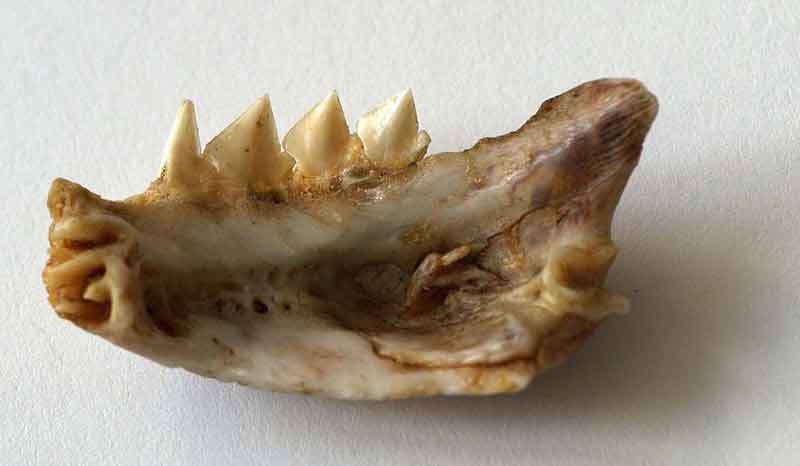 Piranha teeth are about 4mm long, but they are razor sharp with the whole jaw system designed for chopping off large chunks of meat from their prey. The teeth are arranged in an interlocking triangular pattern which further improves their powerful bite.

Most Piranha will have around 10 or so per jaw. They have a pronounced underbite meaning that the bottom row of teeth almost always permanently show.

Both the top and the bottom teeth triangularly interlock like dozens of sharp scissors that can bite through flesh easily . The present day Piranha has a single row of teeth, unlike the ancient ancestors the mega-piranha, and their closely related cousins the pacu that has two sets of rows which are used to crush nuts, seeds, and fruits.

This interlocking feature of the Piranha teeth means that when the jaw closes, the teeth interlace, producing an extremely effective biting mechanism.

Their teeth are so sharp they can bite through bones and metal line. They could bite off chunks of flesh from unsuspecting swimmers during the dry season.

It’s a little known fact that the combination of these razor sharp teeth and one of the most powerful bites in the animal kingdom means when biting a human, many people have reported they didn’t know they had been bitten till they saw blood in the water.

The bite is so ‘scalpel like’ that you don’t feel the bite.

The Piranha Replaces its Teeth Throughout its Lifetime

Just like most fish, the Piranha lose teeth throughout their life but replaces them unlike other types of fish which cannot. Whales also replace their teeth, but they replace single teeth, unlike the Piranha that replaces them in quarters. That is to say, it is not uncommon to catch Piranha with the bottom left row of teeth missing, waiting for the new teeth come into place.

It takes almost a hundred days to replace the teeth wholly. They replace their teeth throughout their entire lifetime.

The muscles forming the jaw are at least two percent of their total body muscles. The impressive muscles give the fish a powerful bite, especially the Black Piranha, which is known to exert such a force with its bite that it is estimated to be about three times its body mass.

Their teeth are sharp and interlock to form a set of razor-sharp teeth that can bite off flesh, some people who have fallen prey to the fish have lost whole toes with the bones. When they bite their meat, they take bites without chewing and can strip off the flesh of animals within minutes.

They are known to bite into and destroy fishing nets and can bite the fisherman when they are caught in their nets. Fisherman should take caution when in waters infested by the Piranha.

How They Got Their Teeth

A study on the early relatives of the Piranha shows that other relatives have two rows of teeth which are useful in biting nuts, seeds, and fruits. The Piranha, however, has only one row of interlocking teeth which can be traced to extinct relatives such as the ‘megapiranha’ which roamed the waters millions of years ago.

The megapiranha was larger than the modern-day Piranha and had a much more powerful bite, comparatively speaking, to that of the dinosaurs. The megapiranha is thought to have been a flesh-eating fish rather than an omnivore. Their teeth were arranged in a single row in a zigzag pattern unlike other fish in the family.

Piranha have sharp teeth that are about 4mm arranged in a single row in an triangularly interlocking manner. Their jaws are so muscular that it gives a powerful bite which is estimated to be three times the body mass of fish in force.

The muscles lining the jaws are estimated to be about two percent of the total body muscles. Their teeth are predicted to have originated from the extinct family member the megapiranha whose teeth unlike those of other related relatives were arranged in a single zigzagged row for a powerful bite and tearing of flesh.

Piranha lose their teeth over their lifetime but can replace them in quarters over a period of 100 days.