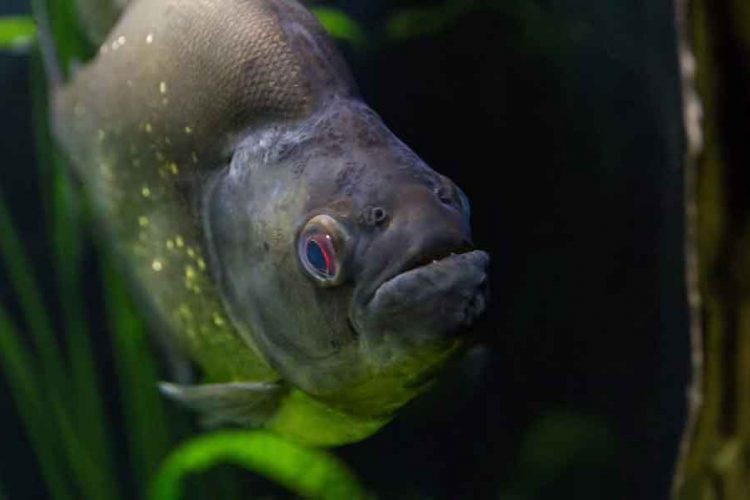 When dealing with a fish known for its aggressive tendencies, coupled with its interesting history, it’s wise to ask if the Piranha has any other tricks up its sleeve.

So, are Piranhas venomous? In short, no, Piranha are not venomous. They posses no ability to produce or deliver poison into the bloodstream of another animal.  No species of Piranha have this method of attack or defense. They have no spines or barbs laced chemically to incapacitate. They both attack and defend themselves using a combination of their razor sharp interlocking teeth and powerful bite. Additionally their flesh is not poisonous either.

Interestingly, you may go to the obvious definition of venomous, in the sense of poisons that a snake emits. That is one definition.

Venomous as an adjective is ;

(as in venomous snakes)

However, it has a second definition, that of

So, to qualify as venomous the Piranha has to be either poisonous by secreting venom or spiteful in nature.

Luckily, the Piranha is neither. It produces no venom with which to inflict injury and is a rather shy and timid fish, removing itself from confrontation with larger animals, such as humans in the water.

Typically, things that are venomous, in the sense of poisonous are;

What Are The Venomous Fish?

Although it is uncommon for fish to be venomous, it is not unknown. The venomous fish include;

Typically venomous fish possess spines or barbs with the secretable poison in. Stingrays have poisonous spines with which they use to defend themselves. 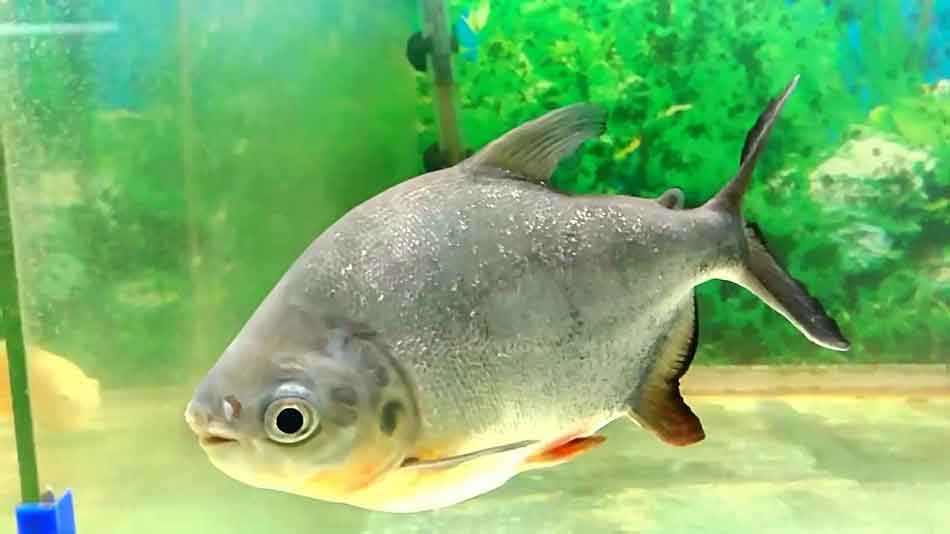 How Does A Piranha Attack and Defend Itself

The Piranha possess no mechanism for injecting poison into the bloodstream of an aggressive predator. It does not defend itself via this method.

Nor does it attack via a similar method. A Piranha does not poison its prey in order to debilitate them before an attack, like a snake might.

The piranha both attacks, scavengers and defends itself with its primary weapon, it’s teeth and powerful biting force.

It also is quite a powerful fish so can put on bursts of speed to surprise attack a threat or its prey. Although they are timid fish, they will mainly only attack when they feel threatened or extreme hunger. Humans are large creatures, and although have been bitten by Piranhas, it is usually when bathers have been paddling near their nests. Piranhas do not attack humans as a food source.

Piranhas do however, attack other fish. They are omnivores, but part of their diet is fish. Red-Bellied Piranha can attack in schools, with a singular fish striking a prey fish, and turning away so another member of the school has biting access.

Their teeth are razor sharp, and triangularly interlocking which with a very powerful bite produces a bite effect like a surgical scalpel. Many humans who have been bitten by Piranha, report never having felt the bite. It is precise and very quick.

So, Piranha have no capacity to either attack or defend themselves using a poison.  They possess no poison sacs within the body and no delivery mechanism, like fangs or a barb, to inject the poison into the bloodstream of prey or an attacker.

Their bite is also innocuous with respect to venom. Their primary method of attack is with their razor sharp teeth and powerful biting force.