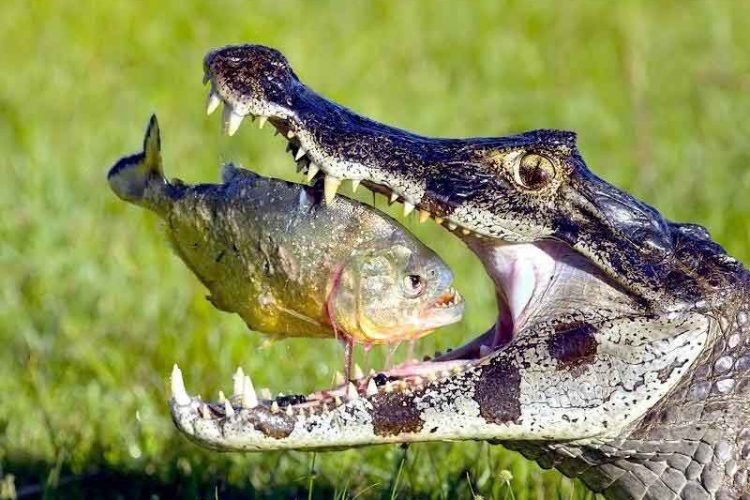 Whilst most people when thinking of Piranha think of it as a predator, it’s important to realise that it isn’t the only Predator in the amazon water. Many animals swim around the rivers that see the Piranha as a tasty meal. So what animals does the Piranha have to be wary of?

In short, while the Piranha isn’t too worried about other fish in the water, there are reptiles and birds that it needs to be wary of. The Piranha is not an apex predator. The Piranha is preyed upon by crocodiles, river dolphins, caimans, storks, turtles and egrets. Additionally, humans also hunt Piranha as a food source and to utilise their teeth as tools.

The Piranha Isn’t the Only Predator in the Amazon

The Piranha, if you ask the average person would be thought of as a flesh-loving, meat eating fish that attacks humans on sight. In fact, they feed on insects, amphibians, smaller fish and small land animals.

They are opportunistic carnivores that attack large animals that are weak or dead already. They respond quickly to the splashing of water which in most cases is caused by animals in distress. They  they can also smell drops of blood in the water and are sensitive to a drop every 200 liters. Which can be miles away..

They rarely eat large animals, which include humans, since they view large animals in the water as potential predators. The Piranha is known to sit under trees when the birds have hatched hoping that they might fall into the water.

Despite their ferocious nature, they fall prey to other predators in the Amazon such as the birds, caimans, alligator, water dolphins among other large predators found in the Amazon region. Humans eat Piranha in the Amazon basin as they are a rich source of Omega 3 and 6. Piranha are said to be a delicious grilled meat, with its soup also being enjoyable and nutritious.

The Piranha as Prey

The Piranha during its daily life has to be aware of its surroundings. Fish experts say that the Piranha is relatively skittish and nervous in their natural habitat, as one moment of carelessness could lead to an attack upon themselves.

They fall prey to many predators like the jaguars, freshwater dolphins, and larger predatory animals, moreover they also prey on themselves especially when they are young or during the dry spell. When food is scarce in the Amazon region, they will eat the fins of their own species and are likely to eat their dead relatives.

Cannibalism occurs during the dry season and when the fish is breeding when they are most aggressive. The Piranha help to weed out the weak members of the species.

The Amazon dolphin is also known as ‘boto’ or ‘pink dolphin’. This dolphin is large, measuring almost 2.5 meters and weighing almost 185kg.

Adults acquire the pink color, thus the name ‘pink dolphin’. Unlike ocean dolphins, the cervical vertebrae are not fused in the pink dolphin, allowing them to turn their heads 90 degrees.

The dolphins are commonly seen in pairs, but can be seen swimming solo. They can be kept in captivity, and in a tank they appear to be less shy and sociable like other species of dolphins.

They are the most diverse amongst the toothed whales as there are 50 different species found in the Amazon region. The most consumed fish for the river dolphin includes the Piranha.

It can also feed on the shells of freshwater crabs and the turtles. Its diet is more diverse during the rainy season when it is difficult to catch fish in the flooded areas and outside the river banks.

However, during the dry spell prey is easily available and they feed on Piranha which is stranded in water puddles and shallow water. 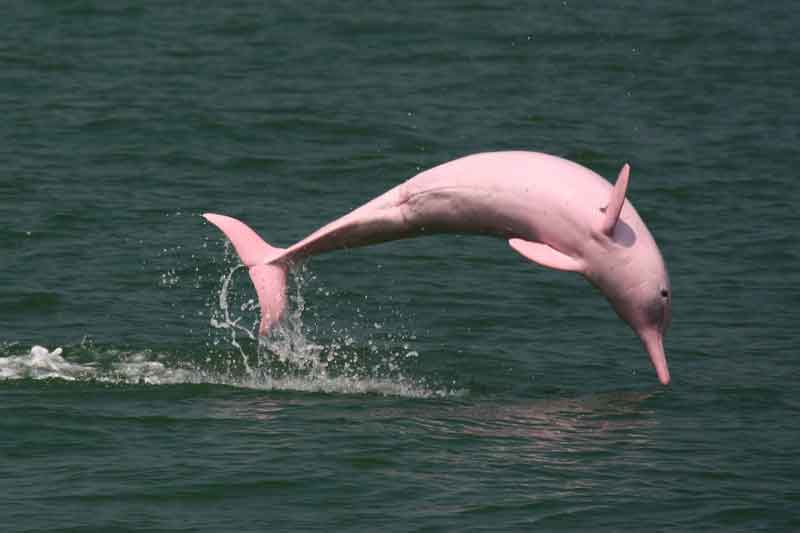 Caimans in the Amazon basin are the most feared predators for the Piranha. Caimans live both on the land and in the water. Black caimans and the crocodiles are found on the shallow waters of the Amazon region. Caimans are large and can measure 13 feet and can live up to 50 to 80 years.

They feed on fish such as Piranha and supplement their diet with large animals found in the water and on land.

The caimans hunt during the night as they have advanced hearing and sight, even in the dark. 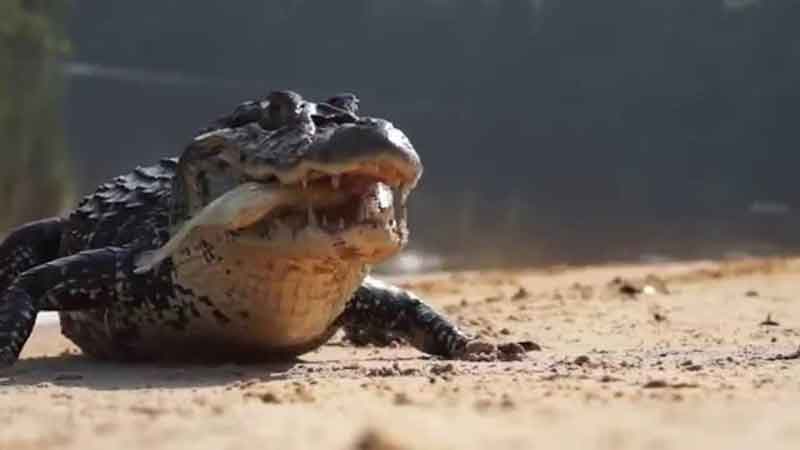 Different species storks inhabit the Amazon basin which includes the jaguar stork, jabiru and the maguari storks as well as the white storks. The storks have a varied diet that includes insects amphibians and fish such as the Piranha.

The fish, however, prefers eating fish with their elongated body therefore in the shallow waters. The shallowness of the water during the dry season allows storks to feed in abundance.

The bird is a visual forager who wades in the water with the bill close to the water to eat any fish that may come close to it. They reproduce by hatching eggs in nests where the parent brings food to the young ones which include fish such as Piranha, rats and invertebrates.

The food consumed by the young birds is predominantly aquatically carried in the bolus located on the throat of the bird.

Egrets are classified as Egretta or Ardea, which contain other bird species such as the heron. The difference between egrets and herons is their appearance rather than biology. Egrets have white plumage, and they develop fine milky white plumage during breeding.

Egrets wade in the shallow waters of the Amazon especially during the dry season feeding on fish. These birds also feed on insects, worms as well as small animals found in the Amazon basin.

The birds live in the parts of the forest that are not thickly covered and play a major role in warning other animals of approaching danger. They create a safe zone for other species within their ecosystem by influencing the behavior of other species to move away from danger and allowing them to live in the danger zone. 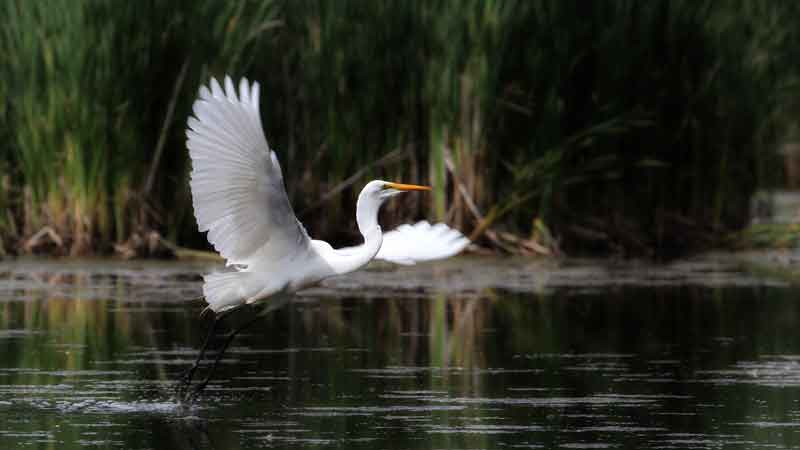 Turtles are one of the oldest cold-blooded reptiles that are known to live both in the water and on land. The turtles are protected by their shells which is a body shield made of modified ribs. They have had little change over time and are closely related to the birds and the crocodiles in this regard.

They vary in size, and they lay their eggs on land, although they occasionally live on the water. Turtles breathe underwater using vents, and have an excellent night vision due to the high number of rods in their eyes and can perceive a broad range of color, including borderline ultraviolet.

Moreover, they can have a considerable range of vocalization which aids communication between the species and other animals.

The Amazon Mud Turtle is reasonably common in the Amazon basin. The creature is small in size with a flexible shell. The head can retract in an out of the shell effortlessly.. The turtles spend most of their lives swimming in small ponds and areas that contain sluggish water where they feed on insects and fish.

The Piranha fish is one of the main diets of this turtle.

Another turtle is the Mata Mata that lives mostly in the oxbow lakes and also feeds on the Piranha found there. River turtles in the Amazon basin consume considerable amounts of plant matter as well as fish such as the Piranha. 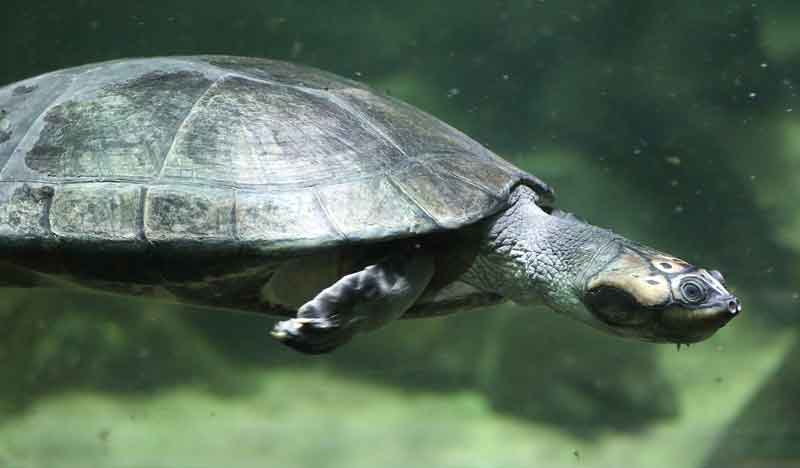 People have lived in the Amazon for thousands of years along the other creatures found in the basin. Some tribes in the Amazon say that it’s a taboo to eat Piranha and other predatory fish, but it might be time to leave behind this belief as the fish is rich in Omega 3 and six fatty acids and other essential nutrients.

The fish is best when grilled or smoked to remove the fishy smell and taste or when taken as soup. The Red-Bellied Piranha is the most eaten Piranha species.

The fish is attracted to blood and can be caught by use of meat bait such as the head of a pool that will attract the fish into the fishing net. Fishermen should, however, note that the fish can destroy their fishing nets.

Once the fish have been caught their digestive system and internal organs should be removed. They should be stuffed with herbs and vegetables, in as cool an environment as possible as there are a shortage of freezers. The fish should be seasoned with pepper and salt and grilled on a high heat on both sides, apparently. 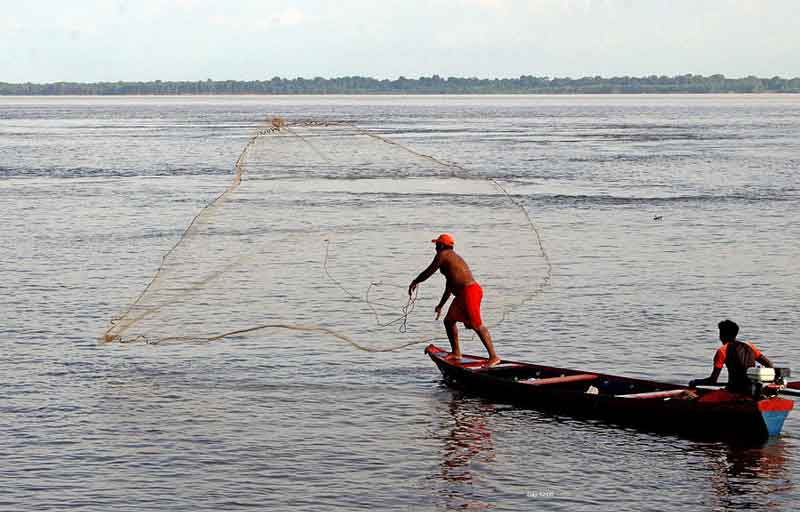 Despite being a predator, it falls prey to other predators that are key to the ecosystem. They are also likely to show signs of cannibalism as they bite fins from their species and can even wound themselves causing serious injuries and even killing themselves.

This fish is seen as being shy with signs of mutual fear for each other and often feel like they should know the positions of other Piranhas in their ecology.

Among the key predators of the Piranha are the pink dolphin, caimans, storks, turtles, egrets, crocodiles, and even humans.