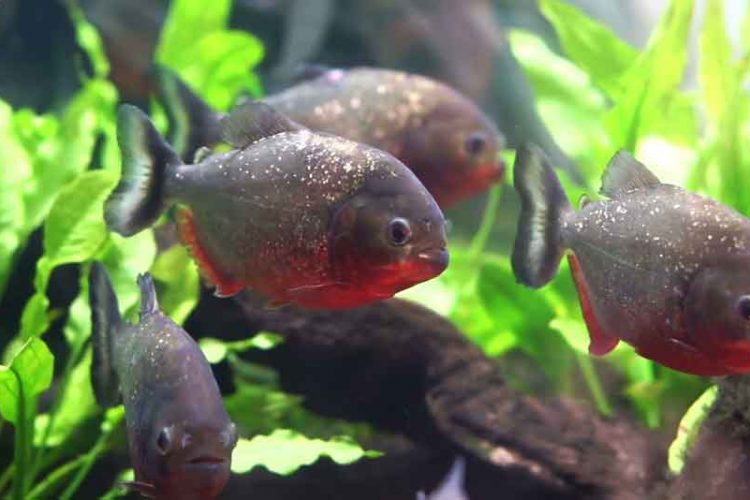 Part of the attraction of a Piranha is it’s supposed ferocity and aggression. But have they been misaligned? Or are they quick to anger in certain scenarios only?

So, are Piranha aggressive? In short, no, not really. While not harmless, they are not bloodthirsty mindless killers either. They are actually considered a shy and timid fish, and spend a lot of time sheltering in cover. There are up to 60 species of Piranha, and not all of them are carnivorous. Most Piranha only eat fruit and plant matter. The most aggressive Piranha is the Red-Bellied Piranha, also the most common, but these will only attack humans out of fear or extreme hunger.

There Are 30 to 60 Species Of Piranha

Swimming around the rivers, lakes, reservoirs and creeks of the Amazon basin are an estimated 30 to 60 species, depending upon how you classify them. Contrary to popular belief, not all the Piranha are meat eaters. In fact most are herbivores. 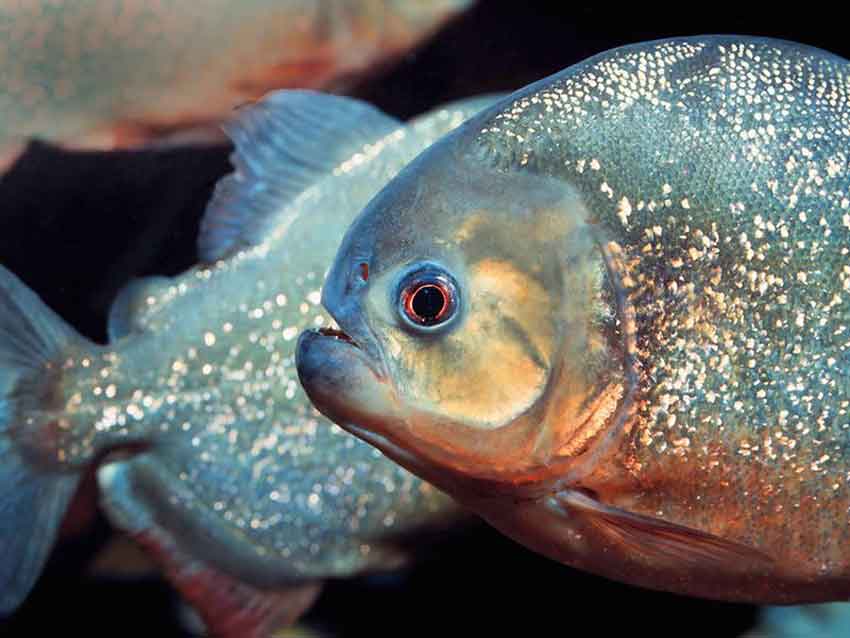 When Do They Show Aggression?

In their natural habitat, the Piranha are in a constant state of alertness to the possibility of being prey. In schools, the Red-Bellied Piranha will take cover beneath tree roots and plant matter.

They are typically thought to be more likely to be aggressive when they are facing extreme hunger or their nests are threatened. They can be quite territorial, so if there are too many fish present, this is another factor that might get them more antagonistic.

In the wild, the Amazon dry season sees the rivers and lakes shrink in size, and with it the Piranhas natural food source. This often produces Piranha with the problem food scarcity. They are much more aggressive when they are hungry.

Additionally, Piranhas pair together and make nests. The female can lay up to 5000 eggs and they nest is guarded until they hatch. If swimmers and bathers stray towards a pair of nesting Piranha, which will be near river foliage, there is increased danger of being bitten.

Anecdotally, this seems to be where Piranha attacks on humans are recorded. When the Piranha are nesting in the dry season. Holidaymakers, unaware of the nesting Piranhas, stumble into a nest and get bitten because the fish identifies a threat to the nest. 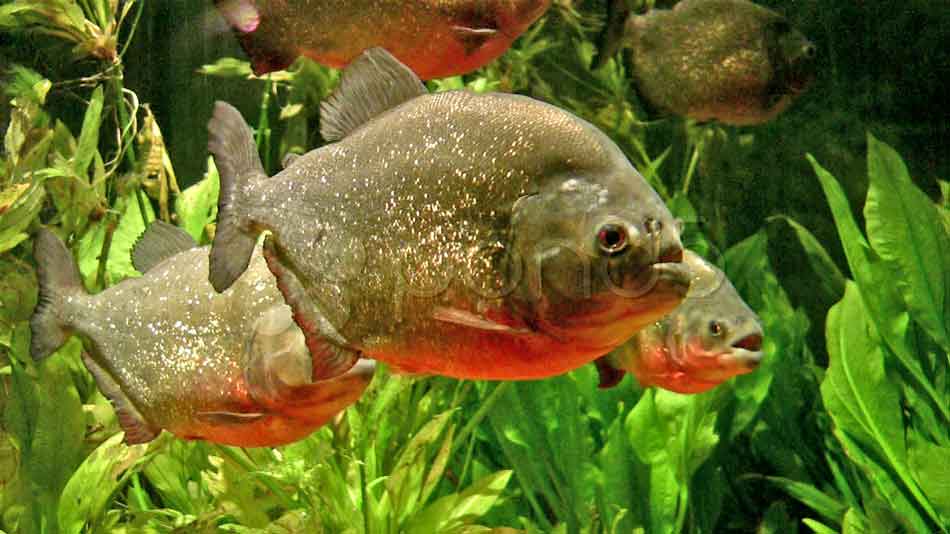 How Do They Show Aggression?

Much like other animals in nature’s kingdom, the Piranha have a way of showing their displeasure.

Not like a dog, but it’s a bark nonetheless. By using a combination of contracting the swim bladder and gnashing their teeth, they emit sounds as a warning to other fish. It’s an escalating series of underwater noises telling fish, including other Piranha to stay away.

They might be described as barks, croaks and clicks. The final sound used by the Piranha is the gnashing of teeth. This is the ‘final warning’ to other fish.

When attacking other fish, including other Piranha, studies have shown that the attacking Piranha go for eyes and fins.

Is It Something To Worry About In An Aquarium?

So how does all this aggression play out in an aquarium.

Well, the first thing is to make sure you are not overcrowding them. Too many Piranha in a confined space increases stress levels and results, as often as not in combat.

If the Piranha are stressed, there is an increasing danger to other fish. Best to remember the 60 gallon tank for 3 to4 Piranha and an extra 20 gallons for each additional Piranha.

The hunger and the threat to nests you can control. If they are well fed then they shouldn’t bite out of hunger.

In terms of biting the hand that feeds them, quite literally, it’s probably not a good idea to dangle fingers in there unnecessarily. While the Piranha is likely to shy away from you, as you are much bigger, and they should sense this, you never know whether one is going to see it as a threat and attack.

You never quite can tell, so it’s not worth risking it. Watch out for nipped fins, as this is often a warning sign of stress. 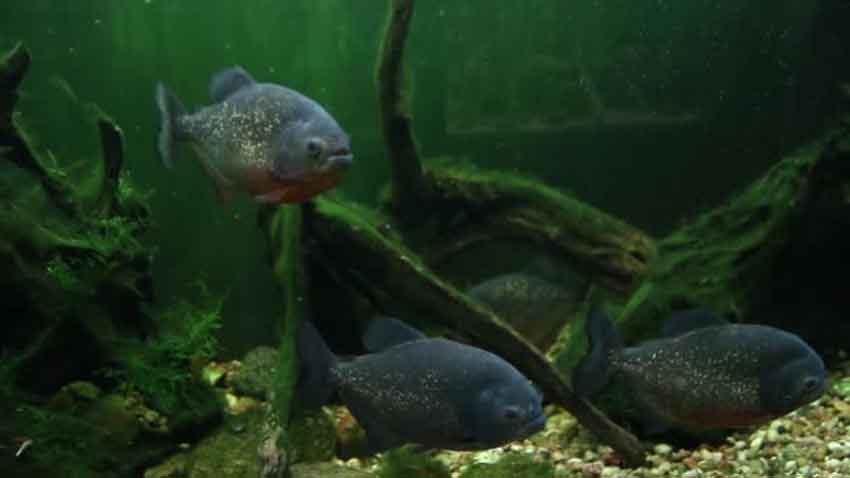 The answer if that normally Piranha are not particularity aggressive, despite their fearsome reputation.

They spend their time in shelter and swimming around in schools for protection from predators rather than as a hunting strategy.

However, a stressed Piranha is more likely to be aggressive and an increased stress level comes from food scarcity, proximity to other Piranhas (ie not enough space) and when their nests are threatened.

As long as you keep your Piranha happy and their stress levels low, they are not inclined towards aggression. So, get a big enough tank, feed them well and don’t go treading on their nests.

If you think the most dangerous of all the Piranha, the Red-Bellied is a stone cold merciless killer, this interesting video might dissuade you.