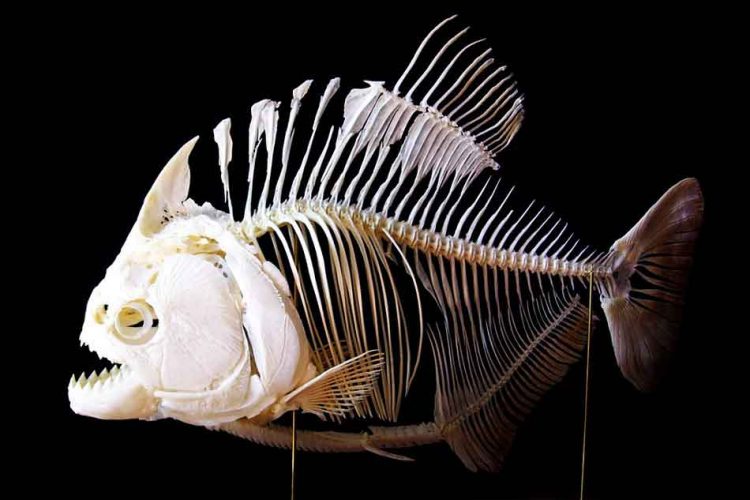 With the classification of scientific terms sometimes sounding a little confusing, it’s easy to wonder whether Piranha, an unusual fish possess the qualification to be an invertebrate.

What’s The Definition Of A Vertebrate?

Having a look at the textbook definition of ‘vertebrate’, Webster’s defines it as

Definition of vertebrate (Entry 1 of 2)

: any of a subphylum (Vertebrata) of chordates that comprises animals (such as mammals, birds, reptiles, amphibians, and fishes) typically having a bony or cartilaginous spinal column which replaces the notochord, a distinct head containing a brain which arises as an enlarged part of the nerve cord, and an internal usually bony skeleton and that includes some primitive forms (such as lampreys) in which the spinal column is absent and the notochord persists throughout life

And as an adjective

Definition of vertebrate (Entry 2 of 2)

1a : having a spinal column

b : of or relating to the vertebrates

2 : organized or constructed in orderly or developed form

The Cambridge dictionary is even simpler;

an animal that has a spine: Birds, fish, and reptiles are all vertebrates.

What’s The Definition Of an Invertebrate?

By contrast, the definition of invertebrate is

an animal lacking a backbone, such as an arthropod, mollusk, annelid, coelenterate, etc. The invertebrates constitute an artificial division of the animal kingdom, comprising 95 percent of animal species and about 30 different phyla.

Anatomy of a Piranha

With Piranha not being on the endangered species list, there are many opportunities to take a look at the skeleton of a Piranha. The Piranha, being a fish, is often caught in the wild and eaten as a food source by the local population.

Below is an image of the skeleton of the Red-Bellied Piranha. 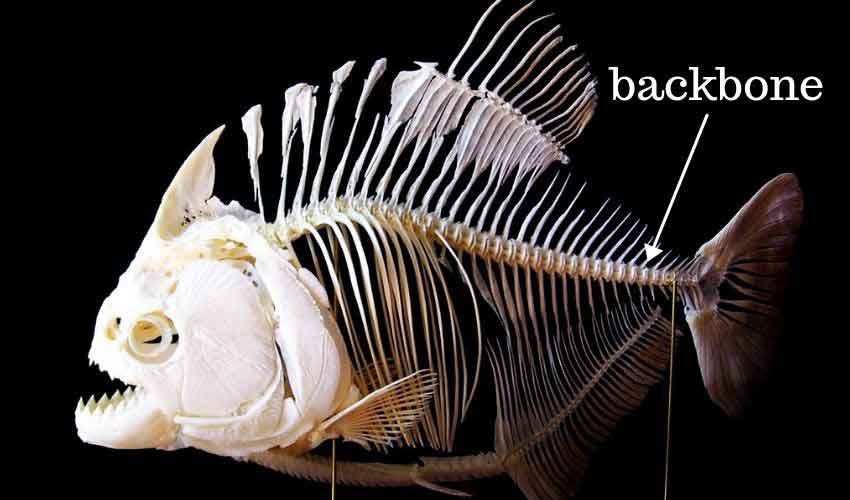 What you can quite clearly see is a spine or backbone.

Are All Fish Vertebrates?

Yes, all fishes by the definition of vertebrate means that all fish are vertebrates. If the skeleton of a fish has a backbone then it is a vertebrate by definition.

Unequivocally, the Piranha is a vertebrate. Skeletal remains clearly show a spine or backbone and thus they fall under the textbook definition.

Looking around the internet there are plenty of sites that answer that the Piranha is an invertebrate. They are not. They possess a backbone.

Further, fish fall under the definition of vertebrate, not just the Piranha. This includes anything from trout to the Great White Shark.