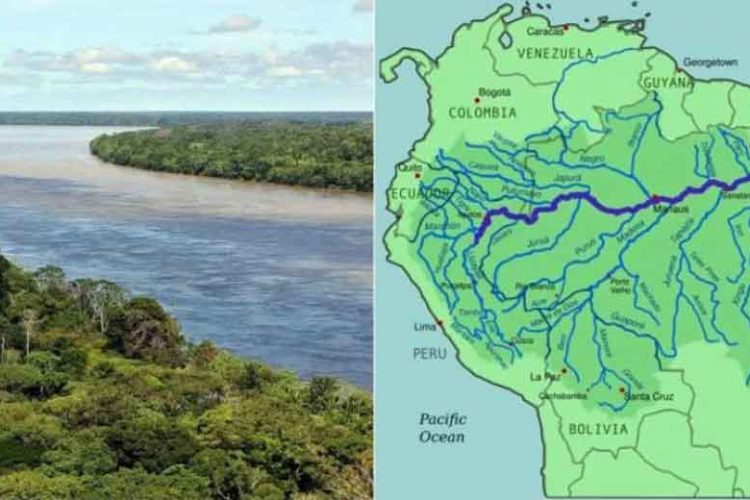 Piranhas are a well known fish. Movies have been made about them and stories get exaggerated in the media. They love clean, white freshwater environments.

The Amazon river is a huge interconnected water system weaving its way through 6 countries, Peru, Bolivia, Venezuela, Colombia, Ecuador, and Brazil where the mouth is, into the Atlantic ocean.

It is a vital and arterial lifeline for the complex ecosystem that exists in the Amazon basin, and is one of the greatest rivers on earth.

It is a fraction under 4000 miles long which begins its journey in Peru, is around 30 miles wide in the wet season and has areas where it can span 120 miles. Unsurprisingly, it is one of the most unexplored areas on the planet with a very rich and diverse ecosystem.

It is actually the second longest river in the world, approximately 300 miles shorter than the Nile in Africa. While the Nile might be a little bit longer, the drainage of the Amazon is far greater. An astonishing 20% of all the water on the surface of the earth is discharged through the mouth of the Amazon in Brazil.

The volume of the water flowing through the Amazon is so vast, it is bigger than the discharge of the next 6 biggest rivers on the planet combined.

As an interesting fact, the river was named after a Spanish soldier called Francisco de Orellana who said it reminded him of the Amazons of Greek mythology.

What Piranhas Are In The Amazon River

Piranhas are widespread throughout the Amazon basin, but they most diverse within the Amazon river itself. There are an estimated 30 to 60 species, depending upon how you classify them.

Of that number, around 20 species are to be found within the Amazon river, along its length, especially in the lowlands where the conditions are superior for their survival.

The most famous of all the Piranha, the Red-Bellied Piranha (pygocentrus nattereri) is abundant here. A very large specimen can be around 20 inches in length, but on average they will grow to 12 to 14 inches. Although it schools in around 20 fish, they can school in number up to 100.

Although there are an estimated 20 species, only 4 or 5 are said to be ‘dangerous Piranha’. As most of the species are timid and not carnivorous they can be quite harmless. 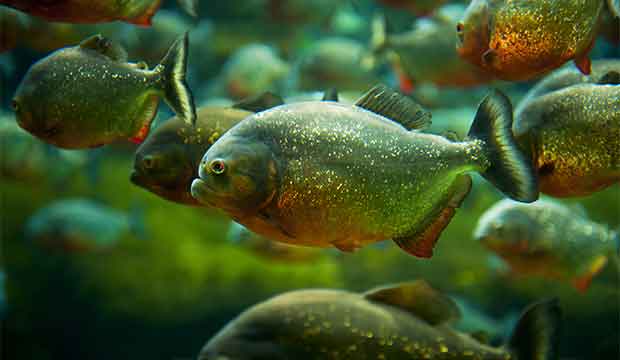 So, yes Piranha do reside and live in the Amazon river. They have existed in their current format for around 1.8 million years.

Luckily, all Piranha are non migratory so there is no danger of them spreading, and they can’t cross oceans, as they are a freshwater fish.

The Amazon river is one of the most amazing natural spectacles on earth. From it’s vast size to the truly astonishing numbers that are associated with they river. It seems a fitting place for the 20 species of Piranha to inhabit.