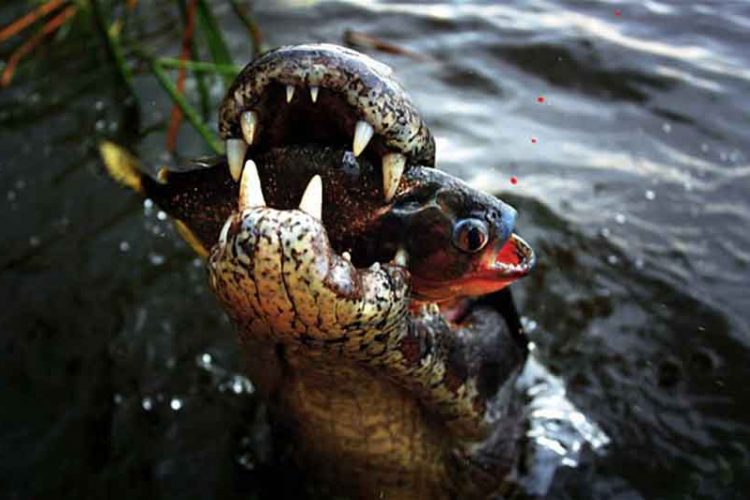 When talking about two natural predators, the question of ‘who can eat who’ often comes up. The Alligator is a large reptile and the Piranha a small ferocious fish. 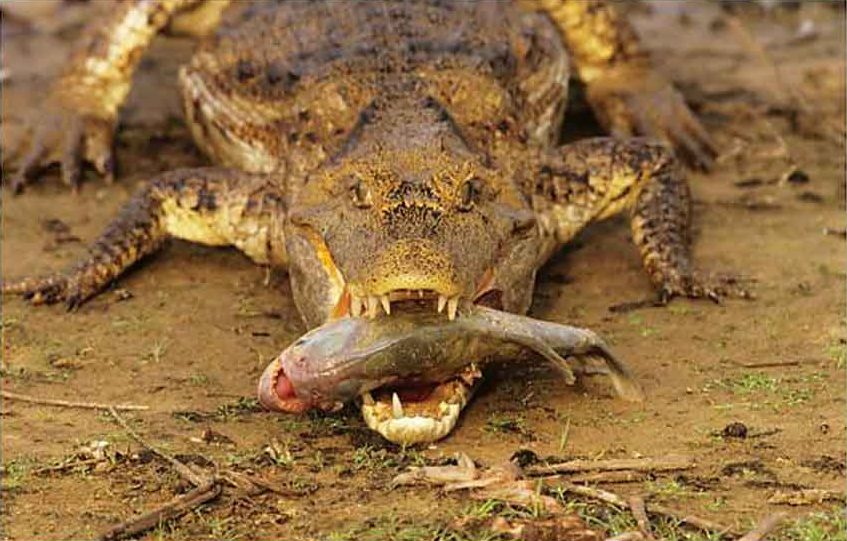 Are There Alligators In Latin America?

When talking about rainforest predators for the Piranha, along with river dolphins, turtles, storks, the question of Alligators or Crocodiles will eventually arise.

In truth, the black caiman (melanosuchus niger) that is indeginous to the Amazon rainforest is often mistaken for an Alligator.

Thus the black caimans (or spectacled caimans) are often mistaken for Alligators, which they have a lot in common with but are a different subfamily.

The true Alligators (Alligatorinae) only inhabit two parts of the world, the Southeastern US and the Yangtze River in China.

So, in the Amazon basin, what commonly gets called an Alligator is the black caiman which is the largest of the caiman species, reaching 16 feet if they are old. A common size would be around 7 feet long and weigh around 100kg.

The black caimans of the Amazon basin will diet on fish, including the Piranha, as well as catfish and other land animals. They also eat birds, turtles, and deer.Very big caimans can also eat anacondas.

Caimans are known for liking an easy meal. They will patiently wait for Piranha to come by, and are known for stalking their prey for hours. Piranha are a good size for an adult caiman, as they like to swallow their prey in one mouthful. 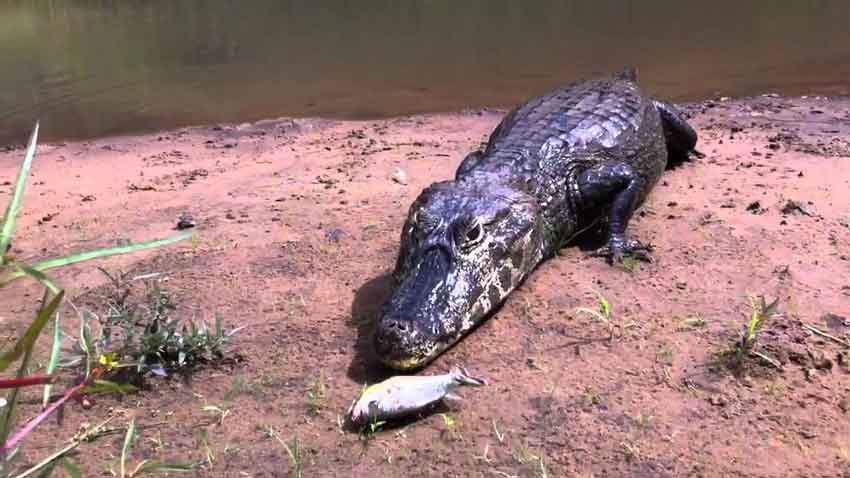 As they are prey for the black caimans, the Piranhas are normally a shy and timid fish, seeking foliage for cover in order to avoid being a meal.

Piranha are known for avoiding large animals in the water, including humans. They attack large animals, only out of fear or extreme hunger.

This response is what keeps a Piranha from being an easy meal.

The famous Red-Bellied Piranha will swim in schools as a pack, so as to form a defense against attack from predators. If one fish spots the prey, the others are quick to follow. 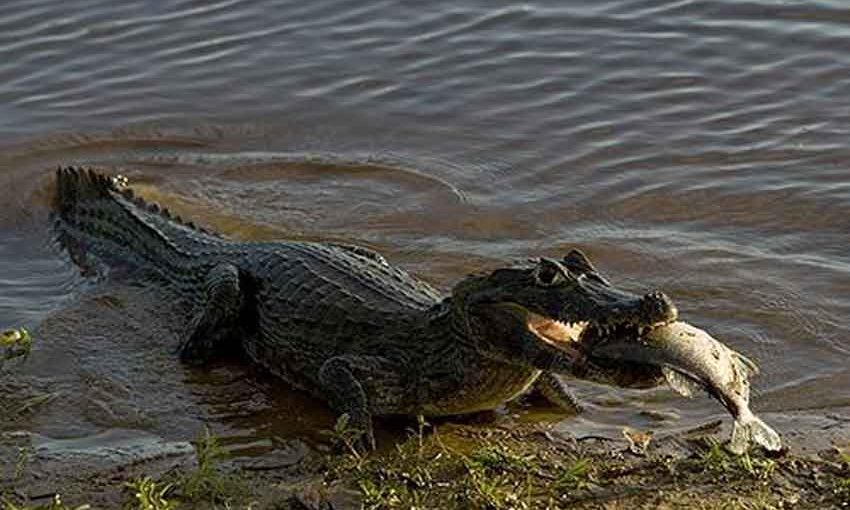 So, while true Alligators might not eat Piranha because they are not two species that share the same habitat, the very closely related black caiman, will take Piranha for a meal.

If you are talking about Alligators as a family then, yes, Alligators eat Piranha, but the scientific truth is that they don’t because they don’t meet.

The black caiman (or spectacled caimans) is the inhabitant of the Amazon rainforest, and hunts Piranha as a meal, along with other fish, turtles and birds. It’s probably safe to say, that if true Alligators ever met Piranha, then they would happily hunt them.