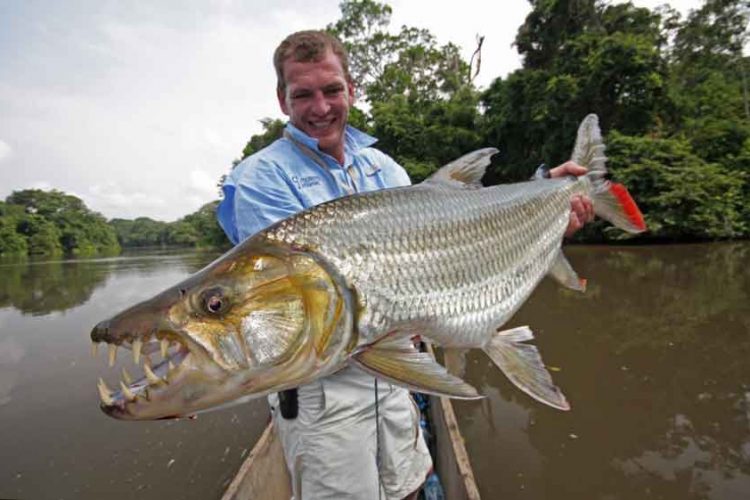 With Piranhas sometimes feeling like an exotic animal, and being associated with hostile terrains it is a fair question to ask.

So are there Piranhas in Africa? No, there are no Piranha in Africa. Piranha are native to Latin America only. They live in the Amazon basin, in the rivers, lakes, oxbows and flood plains of Brazil, Peru, Suriname, Venezuela, Columbia, Bolivia, Ecuador and Guyana. They are indigenous to this region and are not found outside this zone, unless in aquariums or controlled conditions.

Piranha Are in the Amazon Basin Only

All the known Piranha species, thought to be around 30 to 60 are located in south America. By far the biggest distribution are located in the Amazon river and its tributaries. Habitats are main river flows, creeks, lakes, floodplains and general wetlands. Different species will prefer different habitats, like murky or clear water, but all Piranha species are freshwater fish.

The most commonly known Piranha, the Red-Bellied Piranha is a little more widely distributed, being found in numerous water systems throughout the basin.

They tend to prefer slightly faster flowing water, but can thrive in the lakes.

The diverse water conditions throughout Latin America have Piranha in them, even having been found in flooded forests. They prefer warm water, from around 75-86 degrees Fahrenheit (24-30 degrees Celsius), are a non migratory species and cannot migrate out of the Amazon basin.

While not having Piranha the continent of Africa does have some similar fish, which is where the confusion might come from.

Africa does have the tigerfish.

With the scientific name ‘Hydrocynus vittatus’ which means ‘water dog’, is a big and ferocious fish, with large silvery scales.

It can grow to around 100 cm long and weigh around 60lbs. They are considerably larger than Latin America’s Piranha. They have huge teeth, which is why people think they may be Piranha.

It’s a predatory species found throughout Africa, from the North, around Cairo all the way down to South Africa. It is common as well as widely distributed. They mainly prey on other fish and live up to 15 years.

Like Piranha, these Tiger fish are happy in both rivers and lakes. They school with smilar sized fish, again presumably for defense. They are food for many different animals along the continent, including humans.

Its body is elongated, that tapes like a barracuda. They have 8 teeth per jaw which are razor sharp. 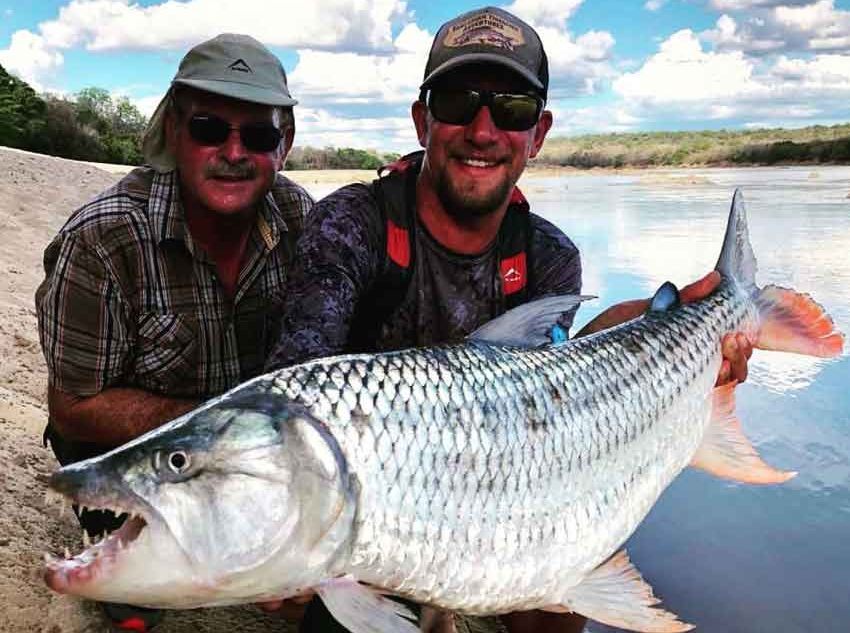 While the African continent is devoid of Piranha, except in zoos and private aquariums, it does have its own variant.

Piranhas are indigenous to the Amazon basin and are non migratory, so will not swim in the ocean to new continents.

Africa, however, does have its own Piranha variants, like the much larger Tiger fish.