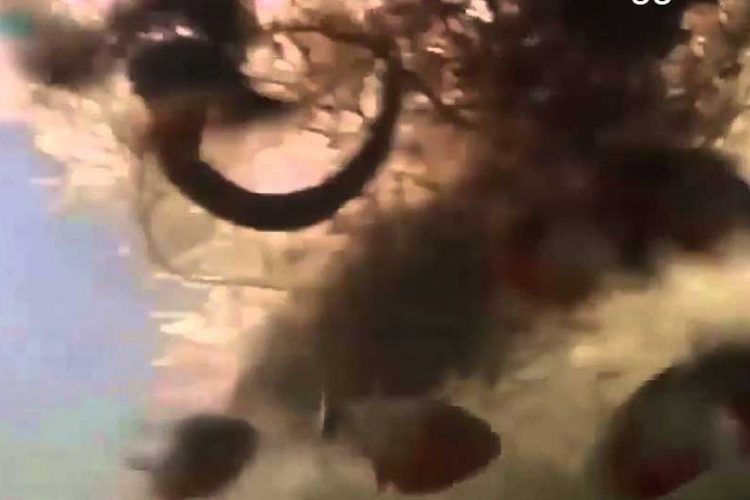 In the wild Piranhas come across many types of food as they scavenge and forage about the river and lake beds. Whilst not preferentially food, snakes do reside in the Amazon basin.

So, do Piranhas eat snakes? In short, yes although snakes are not normally associated with their diet. Piranha normally eat plant matter, fruit, nuts, seeds for vegetable and fruit sustenance. For animals they prefer worms, insects, crustaceans, amphibians, other fish, small mammals and occasionally birds. Large snakes are probably safe, but smaller snakes pose no threat to Piranha and are vulnerable in the water. Piranha are quite capable of attacking smaller snakes if they are hungry. Some large snakes are known to prey on the Piranha. 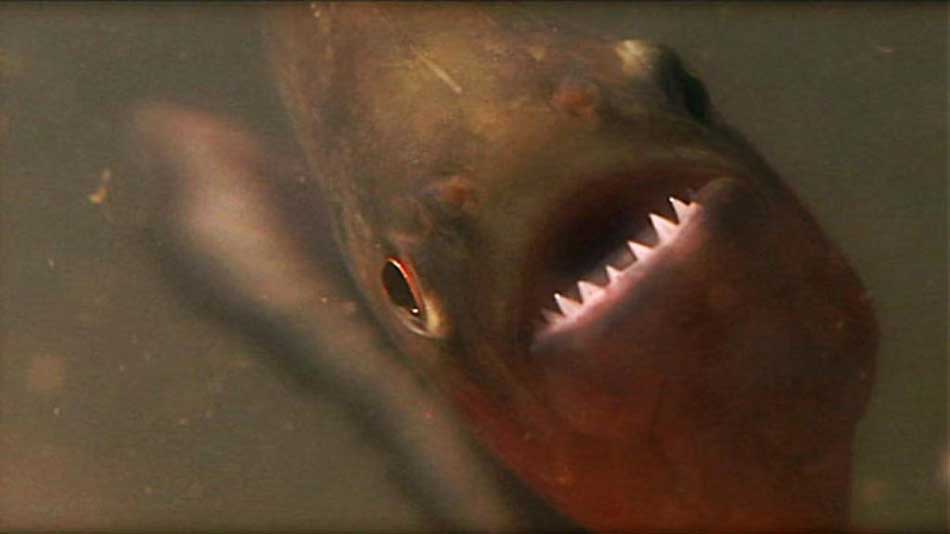 The Piranha As A Forager And Scavenger

Piranhas are opportunistic hunters, and forage among the river beds during the day should they be hungry. Naturally shy and timid, they will pick away at plant matter, fruits and nuts as well as seeds.

On an animal basis, they are more used to coming across worms, insects, other fish, birds, amphibians, crustaceans and small mammals. Snakes aren’t normally considered part of their diet.

That said, neither are cows or humans, but we know Piranha will eat the meat from dead carrion of both species if they come across them.

Many snakes in the Amazon are huge beasts, but some are not. So Piranhas are familiar with the snake as an animal.

The snake as it moves through the water may give out signals in the water of a huge predator in the water, but smaller snakes might not. Piranha preferentially as a meal won’t attack snakes.

However, they are certainly capable of doing so.

The Amazon rainforest is blessed with some of the most poisonous snakes in the world, but in the water they are particularly defenseless against a Piranha attack.

While some, like the Anaconda can reach over 15m long, some are much smaller, and baby snakes are particularly vulnerable.

If the Piranha are starved, and there is not easily available food, Piranha are quite capable of attacking a small snake.

Not An Ideal Food

People often ask, as they wonder about putting a snake in their aquarium as food.

Firstly, snakes are full of disease, so it’s probably a good way or risking your fish. Snakes feed on all manner of food items including rats, and other assorted vermin. The snakes digestive system might be able to cope, although it’s uncertain if the Piranhas will.

Especially if they are young, and not yet attained adulthood. Young Piranha are still developing and will be susceptible to disease, and pesticides of home found snakes. As well as parasites.

A rule of thumb is not to over complicate matters, There are plenty of good quality, easily available foods for your Piranhas, from fruits and vegetables to thawed frozen white fish. Keep them healthy, why risk that. 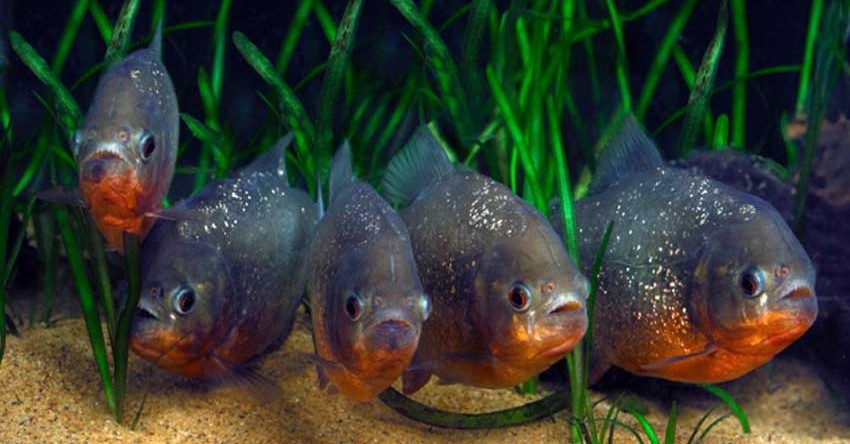 So, yes Piranha do feed on snakes, but they are not their primary meal source. Like many animals the Piranha run into, they have a preference and normally if they are well fed will stick to it.

During the dry season, when there is food scarcity, a swimming small snake has an increased risk of being attacked by hungry Piranha. A large snake is probably fine, and survive in the Amazon water systems as Piranha are aware they are large and a dangerous predator.

Some snake species feed on Piranha, or fish in general so the Piranha always has to be wary of large snakes capable of doing this. How dangerous a venomous snake is to Piranha is unknown, they have to be careful when attacking any snake.

So small snakes will get attacked, but large ones won’t. It is definitely not a good idea to feed home aquarium Piranha a snake though.