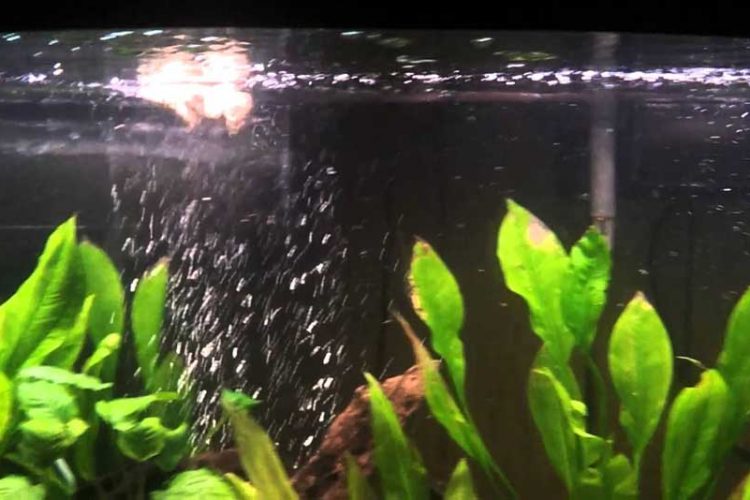 While a Piranha normally eats other fish as part of its animal based diet, there are many things that use the Amazon waterways to either breed or move about. Frogs are everywhere.

So, do Piranhas eat frogs? In short, yes will eat frogs. Amphibians in the Amazon are a natural part of the Piranhas diet. Although they are omnivores and spend their day foraging and scavenging for food, they are also considered opportunistic feeders, and frogs in the water are vulnerable, especially in the dry season. The poisonous dart frog resides in the Amazon but only has one natural predator so you could assume Piranha have learned not to eat these frogs. Aquarium Piranha should not be fed frogs found outside as they might contain toxins or parasites, and risks the health of your fish. 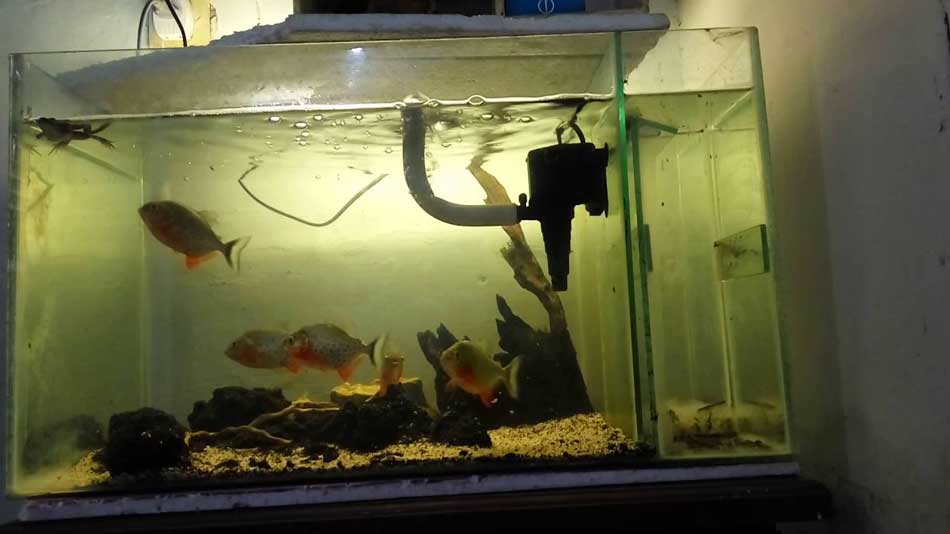 The Piranha As A Forager And Scavenger

Piranhas are not the indiscriminate killers that media would have you believe. They spend their time foraging for food, as well as scavenging. They rummage around the river and lake beds during their day for food, more often at dawn and dusk. They are quite ready to take vegetarian food items, like seeds, plant matter and fruits.

They will also take food sources from the animal kingdom, such as worms, insects, crustaceans, birds, small mammals and amphibians. As well as lizards. Amphibians like frogs are a natural part of their diet.

Large mammals like cows and humans are not considered part of their diets, although if they are presented as carrion then they will be investigated.

So frogs are a natural part of their diet, but the piranha have to be careful, as the poisonous dart frog resides in the Amazon.

All frogs are not big creatures and as such if they are in the water then they are risking a Piranha attack, especially in the dry season, when there is food scarcity.

The type of frogs that a Piranha might encounter are Poison Dart Frogs, Tree Frogs, Glass Frogs, Cane Toad, and the Smooth-sided Toad.

The poisonous dart frog has only one natural predator, the Fire Bellied snake, so it’s probably safe to assume that through painful experience, the Piranha has learned not to touch these.

Non poisonous frogs and toads though had better be aware. 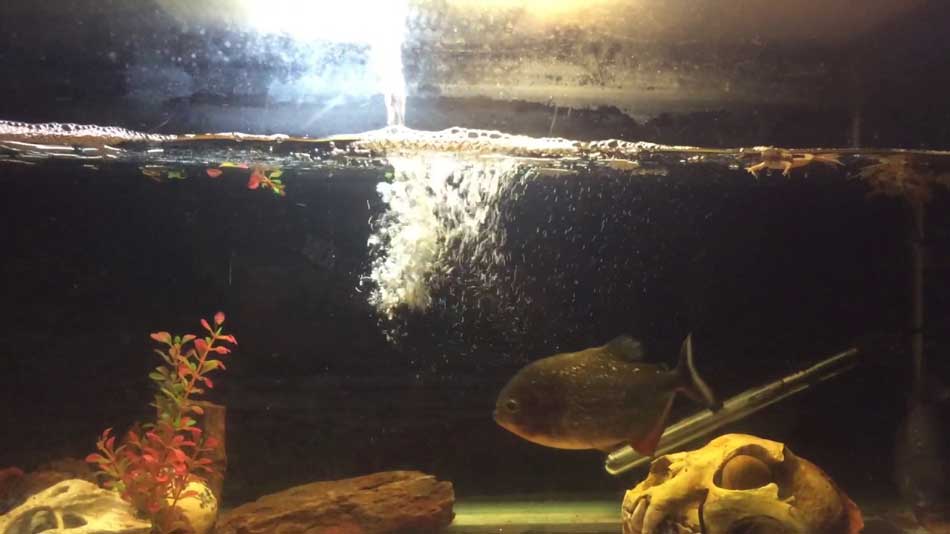 Not An Ideal Meal

People ask this question as they wonder if they put a frog in a Piranha aquarium, will their Piranha take it as a food source. The answer is yes, if the Piranha are hungry, the Piranha will attack, overpower and consume a frog or toad.

Many people do this as a method of feeding their Piranha, as much for variety as anything else.

The answer to this is up to every individual Piranha owner, however it is always a risk, as you never know whether the frog has poisons or toxins on their skin. Frogs can travel and pick up things that are not good for your Piranha.

In essence, you are risking the health of your Piranha by doing this.

Frogs can contain parasites or infections so the risk of them transferring this to your Piranha is raised, especially as you don’t need to do it. Frogs don’t contain any nutritional value that can’t be obtained anywhere else.

So, frogs are a natural part of a Piranhas diet in the wild. Among other things, all amphibians are water based and at risk of attack if they are in the water.

The dry season will particularly see increased risk, as the Piranha are food starved and are a little more aggressive than they are naturally.

However, placing frogs in a Piranha aquarium form a garden is rarely a good idea. They might carry toxins, pesticides, poisons, or parasites, and as such the health of your Piranha are at risk.

You might be able to get properly vetted frogs from a supplier, but the risk is still increased. Especially when the nutritional value can be obtained from a varied diet of fruits, vegetables and frozen white fish based foods.