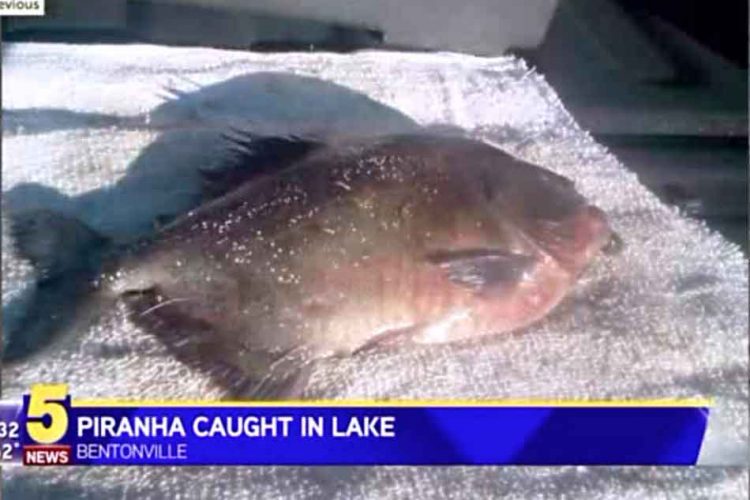 Piranha are known throughout the world. With movies and extensive media coverage, the species has worldwide recognition. But where are they located?

So, are there Piranhas in the United States? In short, no, Piranhas are not indigenous to the United States. As a natural animal in the wild there are only to be found in Latin America, within the river systems, lakes and wetlands. The climate there is conducive to their survival as they require warm water to survive, being a cold blooded fish. Any Piranha found in the United States are bred in captivity and are in home aquariums. Some States make Piranha illegal and some do not. Large parts of the United States get too cold for Piranha to survive. 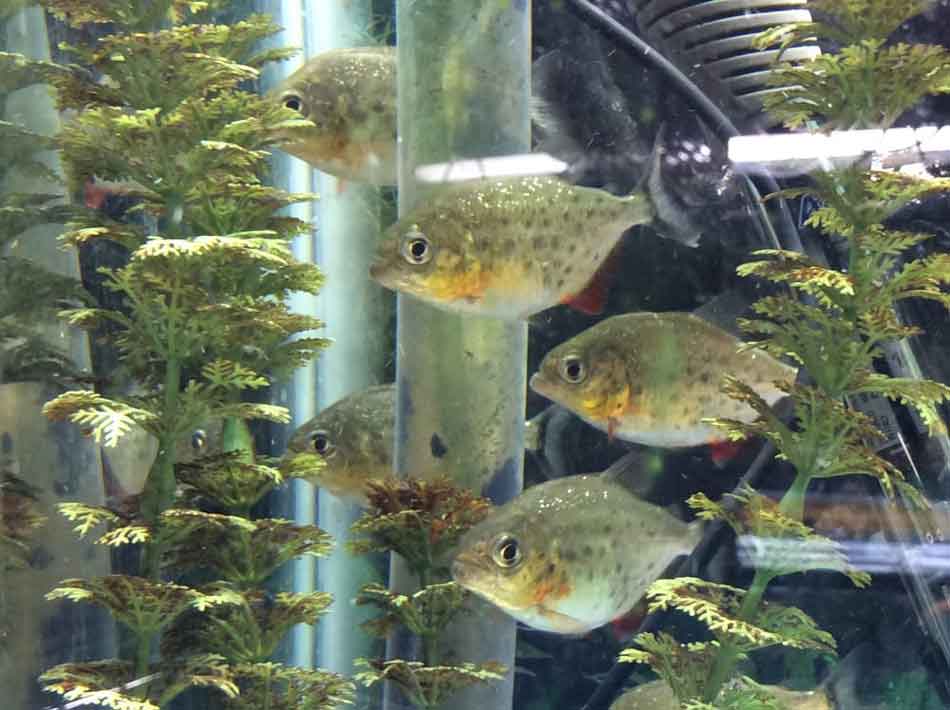 Where Are Piranha Located?

The Piranha is a freshwater fish, not able to survive in saltwater. There are between 30 to 60 species between the genera nut the common known genus are Pristobrycon, Pygocentrus, Pygopristis, and Serrasalmus.

The famous Red-Bellied Piranha (Pygocentrus nattereri) is an aquarium favorite in the United States, but is not found in the wild. The species is specifically located to the waterways of the amazon basin.

The waterways of the Amazon basin exist in the uplands and the lowlands (usually defined as around 3500m, and Piranhas are typically found in the lowland systems. Many Piranha species can occupy the same system, but they are not migratory, and the Red-Bellied is pervasive in all the systems. It is also considered the most ferocious.

The water systems that they can inhabit is quite diverse, as they can survive in rivers, lakes, wetlands, floodplains, creeks and tributaries.

The wet season in Latin america sees a vast quantity of water flush into the systems. This makes rivers much wider, often by many miles, and creates temporary lakes, wetlands, and flooded rainforests. The Piranha can survive in these flooded rainforests, so is a hardy fish.

The major river systems in the Amazon basin are the Amazon, the Orinoco, the Paraguay, the Paraná, the São Francisco and the Essequibo. Piranha survive in all of them and the wetlands that stem from them.

Could Piranha Survive In The United States?

After the question of legality, because some States in The US don’t allow citizens to own Piranha, presumably because of a fear, any unwanted fish may be released into the local waterways and flourish.

Many States make them illegal because of this fear, but Piranha require very specific water conditions.

Water conditions vary in the wild for Piranha to survive in. The Amazon river is though to be around 6.9 and the rio Negro is a much more acidic 5.5. Piranha in the wild seem to survive in low water pH environment. Commercially raised Piranha are often found in higher pH water. 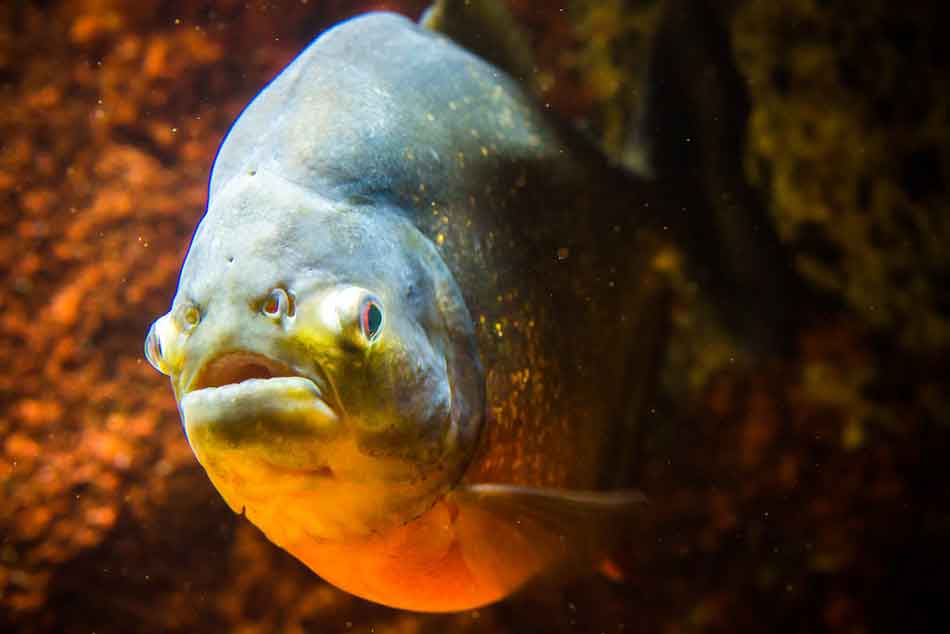 The ideal water temperature for Piranha is between 75° and 80° F. The temperature in the Amazon basin does not have wild swings, it is hot and humid a lot of the time. Excessive water temperatures, either too low or too high and the immune system of the Piranha becomes deficient.

There are not too many places in the United States where a combination of freshwater at an ideal temperature that does not exceed limits exists.

Many States make them illegal because of this fear, but Piranha require other very specific water conditions. They are a freshwater fish so could not survive in any of the Saltwater lakes.

They are however, reasonably prolific as an aquarium fish. The Red=Bellied Piranha, being the most common and considered the most dangerous to humans brings a certain kind of fascination with owning the fish.

Providing good clean, healthy water at a good temperature is a requirement for keeping healthy fish. 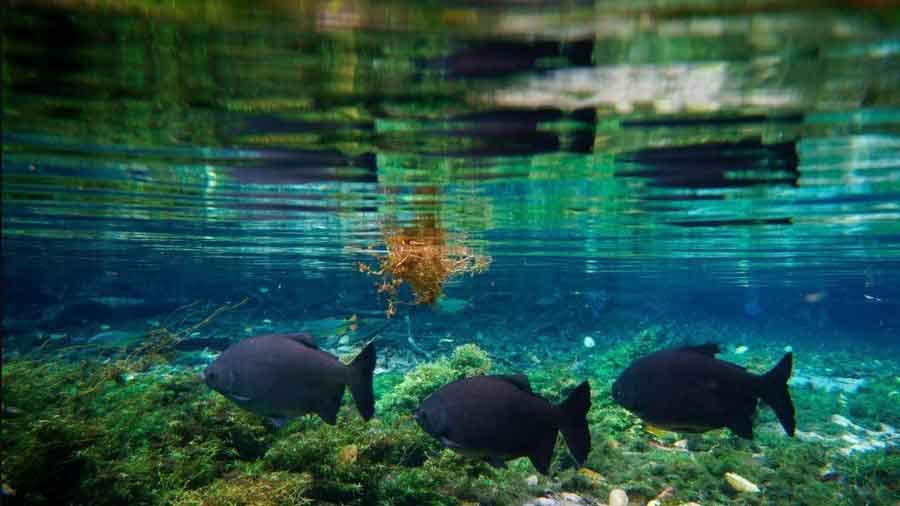 Many States in the US make it illegal to own a Piranha. Some require permits and some don’t. The question of whether Piranha could survive the water condition of a US environment has yet to be tested.

Wild extremes of temperature would kill off any Piranha, as they do not survive at low temperatures, relative to the Amazon basin. Their immune system becomes irreparably damaged.

California is known throughout the world for its glorious weather, yet 70 years ago the temperature was recorded as -45 degrees. This temperature would kill off Piranha.

Thus, over time, it is unlikely that Piranha would survive in the United States. They require warm water that is stable. Their body heat comes from the outside water temperature, it is not internally regulated.

They only exist currently as an aquarium fish, both in zoos and with home enthusiasts.  They are not a particularly difficult fish to keep providing the correct conditions can be supplied and a healthy diet provided.

Although, in 2011, a Red-Bellied Piranha was found in the waterways of Texas.