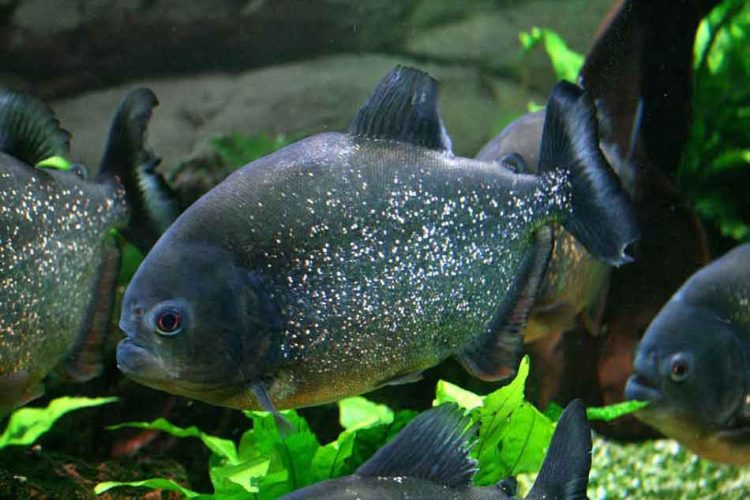 Piranha have a reputation as a bloodthirsty killer. Just waiting for an unsuspecting moment when an unwilling victim enters the water. But is this true?

So, are Piranhas scavengers? In short, yes, Piranhas are scavengers. With the 60 species of Piranha, most are omnivores and scavengers. Their diet is varied but includes worms, fruits, insects, plants and fish. During the lush vegetation of the rainy season, the Piranha will more readily feed on the plants and insects. When the dry season arrives, the water subsides and food scarcity arrives. The Piranha eat more fish during this period, and feed like vultures on the weak and dead animals. 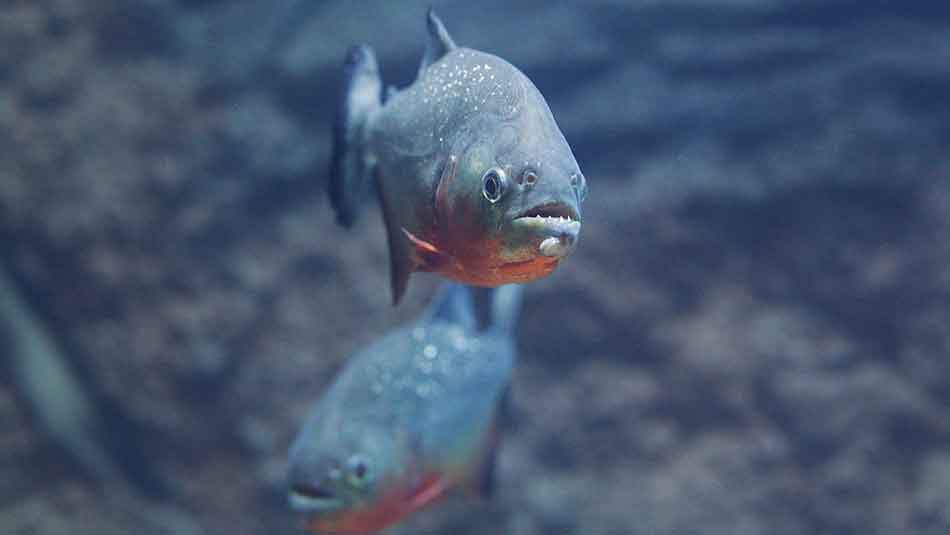 The Piranha And Its Food

While it’s difficult to imagine an apparently aggressive fish such as the Red-Bellied Piranha being an omnivore, the truth is, it’s diet is extremely varied.

While it will eat fish, and other animals like small mammals, birds and small lizards, it mainly feeds on insects, worms, crustaceans, fruits, seeds and plant matter.

The dietary requirements will slightly alter in variance, depending upon species and location. Piranha by nature are opportunistic feeders. If small fry fish are in abundance, then that may make up a large portion of their diet.

On the other hand if there is a lot of fruit and insects, say more on a lake than a powerful river tributary, then the diet might be more balanced, with more fruits being digested.

Piranha will constantly scavenge their environment, ready to pick apart fallen fruits, insects, worms in the river bed of animals that have fallen. 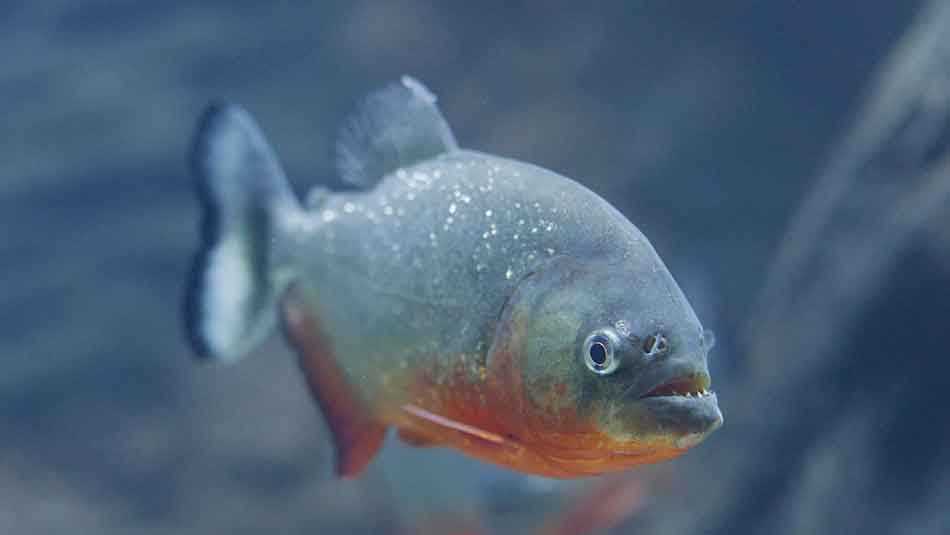 Perhaps surprisingly, especially with the Piranhas reputation, the Piranha may actually scavenge primarily, rather than hunt. The schools they swim around in are for defense, not a hunting pack as might be surmised.

While focusing mainly on fruits, seeds and insects while food is plentiful during the wet season, they will still take part in attacks on struggling animals, especially if they are already dead, or fatally injured.

Foraging begins at the Piranhas birth, as when they are very young they do not possess the ability to hunt. Young Red-Bellied Piranha grow very quickly and feed as often as they can. In an aquarium, they should be fed little and often. In the wild, they will forage food during the day on plant matter whilst they grow.

Some species are more prone to ambushing their prey, hiding amongst the foliage, quite a lot of the time they will scavenge, especially when food is scarce. Scavenged food is often, plants, seeds, insects, snails and fish scales.

So, despite there rather gruesome and fiery reputation they will actually spend significant time roaming and scavenging for food, only roaming in schools for protection. 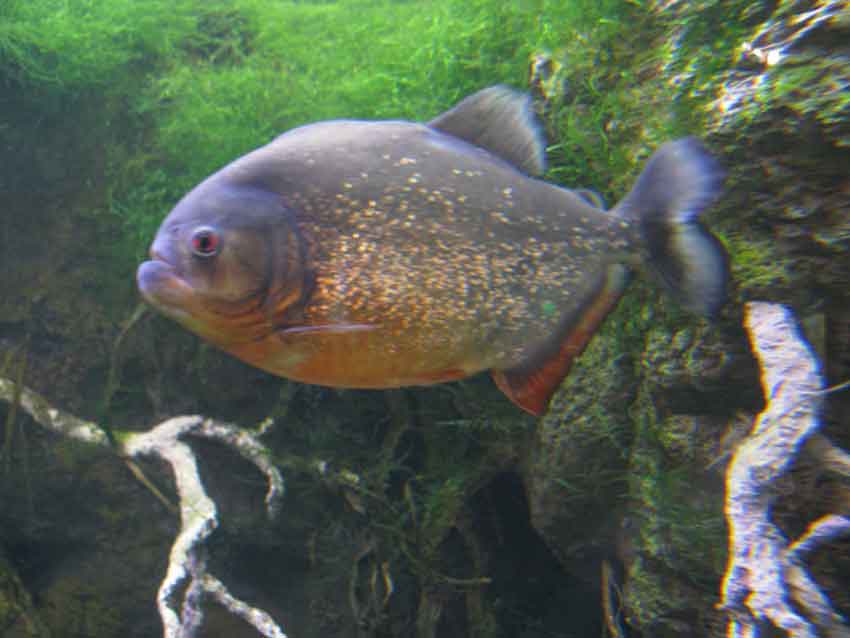 The fact is there are many myths surrounding Piranha, and how they scavenge for food, rather than hunt is just another one on the list.

These myths come from the large amount of films, and over hyped media reports where the Piranha gets blamed for almost everything. In the same way that ‘Jaws’ showed Great White Sharks in a bad light, films like Piranha and Piranha 2, as well as the odd James Bond villain pond do the same for Piranha.

The media, when they report Piranha attacks also don’t hold back restraint, and often miseducate their readership by making the attack look mindless, rather than perhaps humans disturbed their nests.

In reality, the Piranha are not mindless killers, roaming around for a moment to strike, but are very shy and timid, roaming around looking for opportunistic food sources. They will readily feed on a mammal that has already died, acting more like vultures than birds of prey.

This tendency to feed on the dead and dying animals of the Amazon basin plays an important role in the ecosystem. Although most Piranha are herbivores, so they have to scavenge primarily anyway.